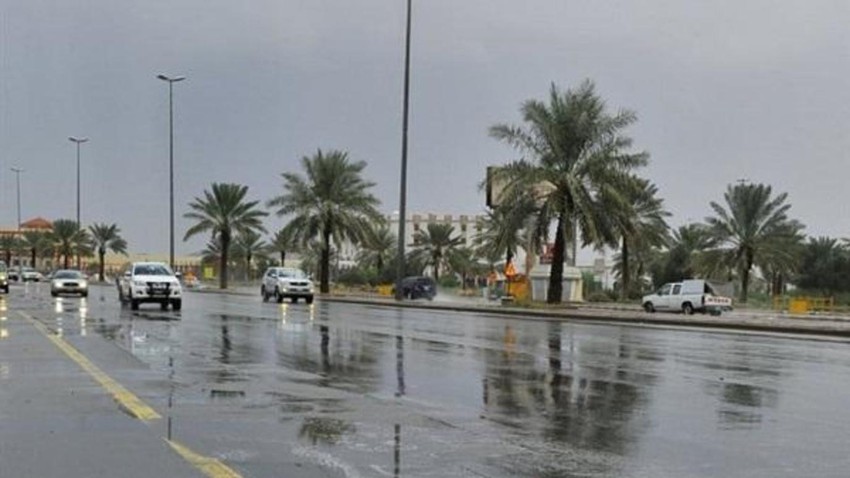 Arab Weather - Weather forecasters at the "Arab Weather" Center said that expectations indicate that the western sector of the Kingdom, God willing, will remain under the influence of unstable weather conditions during the current week during the coming days, accompanied by thunderstorms in some areas.

In the details, it is expected to continue the activity of convective clouds along the western sector of the Kingdom on Thursday 8-11-2022, so that the opportunity is ready for thunderstorms of rain, God willing, on parts of the Tihama, Jazan, Asir and Al Bahah highlands, in addition to the heights of Makkah and the chances of rain may extend The sacred feelings are in the evening and night hours, and the rains extend randomly to separate parts of Medina, Tabuk, western Hail and Qassim.

According to the computer simulation at the Arab Weather Center, the impact of weather turbulence is expected to continue along the western sector of the Kingdom during the weekend, so that rain opportunities remain in separate parts of the Empty Quarter and southwest of Riyadh administratively, with the formation of cumulus formations during the afternoon and afternoon over The western highlands of the Kingdom including Jazan, Asir, Al Baha, Makkah Al Mukarramah, Al Madinah Al Munawwarah and scattered parts of Tabuk west of Hail and Al Qassim.

In terms of temperatures, it is expected that they will remain higher than their rates for this time of the year in most regions of the Kingdom, with hot to very hot weather, with the exception of highlands, during the coming days. Al-Batin, God willing.