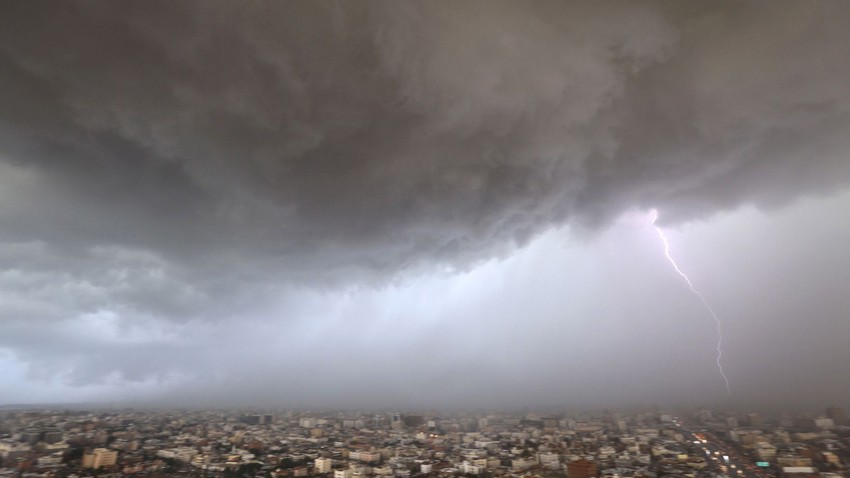 Arab Weather - Active northerly winds blowing speed in the east and center of the Kingdom on Monday, as it works to raise dust and dust in the noon and afternoon hours on Hafr Al-Batin, Sharqiya, eastern Qassim, Riyadh and Al-Ahsa, where horizontal visibility is expected to drop below 4000 meters, especially on Hafr Al-Batin .

Thunder clouds over the southwestern highlands

Cumulonimbus thunderclouds are formed over the heights of Jazan, Asir, Al Baha, Taif, Makkah and Madinah on Monday afternoon and afternoon. Rainfall will be heavy and accompanied by hail in some areas, in addition to downward winds that raise dust in areas affected by thunder clouds.

On Monday, temperatures are around their averages for this time of year in all Saudi regions, when they are in the late thirties in the north of the Kingdom, while they are in the forties in the rest of the regions, except for the high mountain peaks in the southwest, where the weather is more moderate.