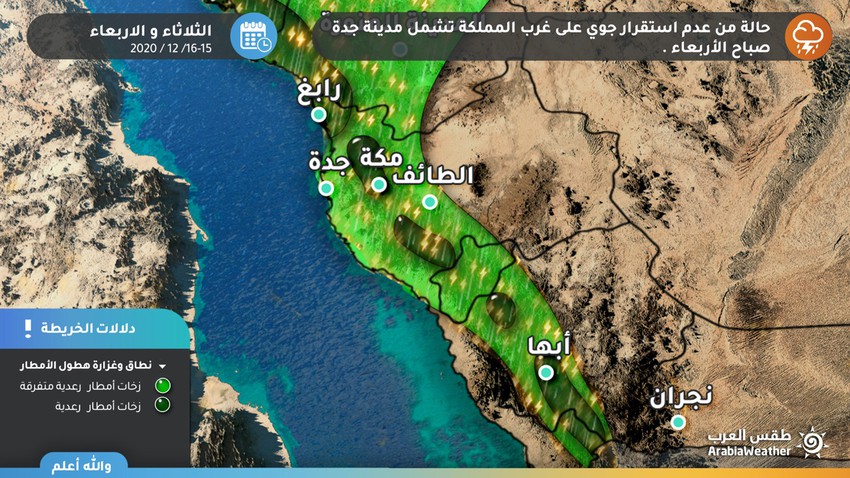 Arab Weather - A cold air mass, preceded by a cold air front, is advancing towards the north of the Kingdom on Monday / Tuesday night, as a state of air instability arises over the Tabuk region and Al-Jawf, and thunderstorms rain showers that are sometimes heavy, working on the flow of valleys.

Temperatures will drop significantly and significantly over the north of the kingdom on Tuesday with the start of the cold air mass accompanying the depression over the eastern Mediterranean, so that a relatively cold atmosphere will prevail during the day and very cold at night.

On Tuesday, the cold front will move east and south, as the regions of the Northern Borders, Madinah and Hail become within the areas covered by the opportunities for thunderstorm showers to be more intense on the coasts of Yanbu. 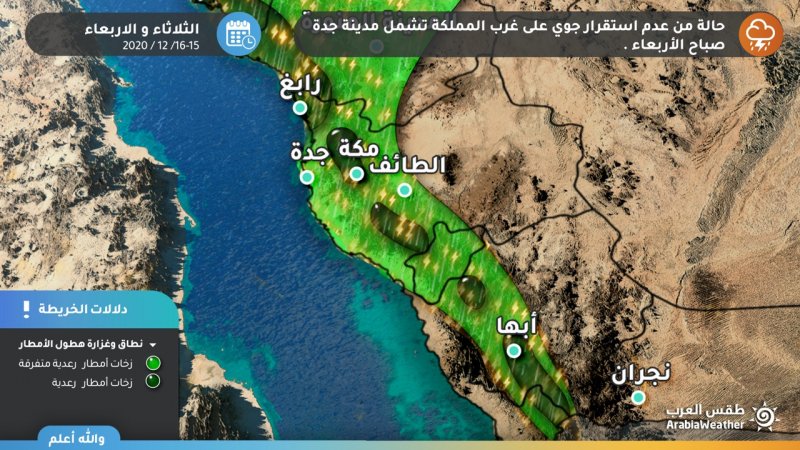 The cold front reaches Jeddah at dawn and on Wednesday morning

With the late night hours of Tuesday / Wednesday night, the effects of the cold front begin to appear on the city of Jeddah, where thunderstorm clouds multiply in the open sea, and move towards the coasts, so that the opportunity is ready for thunder showers of rain on the city of Jeddah that will be of light intensity in general, with some foci Exuberant for limited periods.

Also, thunderstorms of rain fall over the southwestern region on a daily basis during the current week, and they are generally light and sporadic.