Saudi Arabia | Unstable weather on the coasts of the central Red Sea, Thursday and Friday 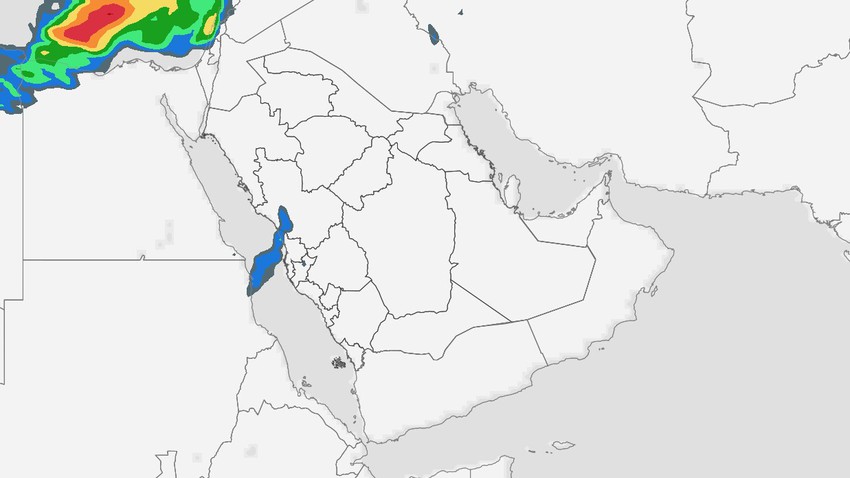 Arab Weather - A cold upper basin approaches the north of the Kingdom on Thursday, creating unstable weather conditions on the coasts of the central Red Sea, especially those extending from the city of Rabigh to the city of Jeddah, where medium and high clouds proliferate and light showers of rain fall. Abundance on the coast of Rabigh on Thursday.

As a result of the cold upper basin approaching the north of the Kingdom, a weak state of atmospheric instability also arises on Thursday in parts of the Hail and Hafar Al-Batin region, and light showers of rain fall, and the rain clouds are actively associated with the speed of the winds that raise dust and dust locally.

An air depression is concentrated over the Levant region on Friday, pushing a cold air mass towards the regions of Tabuk, Al-Jawf and the northern borders, where temperatures drop significantly, and cold and fluctuating weather prevails between partial cloudy and often cloudy with opportunities for sporadic showers of rain.

And the westerly winds, accompanied by strong gusts of dramatic dust waves, are active on Friday, and horizontal visibility decreases in the Al-Jawf and the northern border regions.