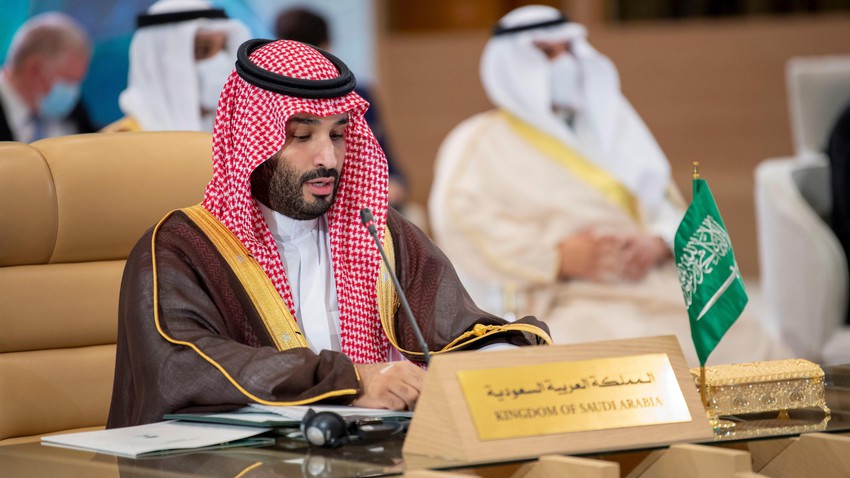 Weather of Arabia - Saudi Crown Prince Mohammed bin Salman inaugurated, on Monday (October 25), the summit of the Middle East Green Initiative, which was held in Riyadh in the presence of international and regional leaders.

He launched a global initiative that will contribute to clean fuel solutions that will affect the lives of more than 750 million people.

This came after the Kingdom announced the establishment of a regional center for sustainable development, to further coordinate efforts across the Middle East and exchange experiences and technologies.

“There are loopholes in the region’s climate action system,” Crown Prince Mohammed said, outlining a series of ambitious steps the kingdom will take, already boosting large-scale investments in renewable energy.

Global welcome for the Saudi initiative

Regional and international leaders welcomed Saudi Arabia's ambitious initiatives, and US Presidential Climate Envoy John Kerry thanked the kingdom for its contributions and initiatives, adding, "We all have a responsibility to preserve the planet."

"Crown Prince Mohammed bin Salman has realized the seriousness of climate change," he said. "We must accelerate action to combat climate change, and we must work to reduce emissions in the next 10 years."

Kuwait: The Crown Prince of Kuwait, Mishaal Al-Ahmad Al-Jaber Al-Sabah, said that his country supports international efforts to address climate change. "We support the Saudi Climate Initiative and we will work with them," he said.

Jordan: Jordan's Crown Prince Hussein bin Abdullah said: "We hope that the outputs of the green Middle East will go beyond the region's borders." Jordan's King Abdullah II also stressed that the climate issue is "the most pressing challenge of our time".

"Unfortunately, this challenge has failed to get the level of attention it requires, even though the three monotheistic religions consider environmental protection a matter of faith," he said.

Morocco: Moroccan Prime Minister Aziz Akhannouch said that Saudi Arabia's initiatives "reflect its vision to address environmental challenges" and that there is a need for more "financing mechanisms" for green projects. Morocco has made significant investments in solar energy projects, including pioneering solar energy storage technology.

Pakistan: Pakistani Prime Minister Imran Khan congratulated the Kingdom on launching the new initiatives. "My country is among the ten countries most vulnerable to climate change," he said.

He said 150,000 jobs have been created to improve the environment. "In the past 10 years, we have seen 150 incidents affecting the environment," said Mr. Khan.

This crisis was quite evident 20 years ago, but somehow we were all in a state of self-denial, no one really thought this was going to happen, that the temperature was increasing, and Mr Khan added: “No one thought there would be implications for this. Experts also spoke Malion on the urgent need to step up action to address climate challenges.

Prince Mohammed held a series of meetings on the sidelines of the summit to discuss opportunities for cooperation in the field of clean energy and efforts to confront climate change.

"We will stand before the world with our proud achievements in the Middle East," he said.

He added that the leaders will meet regularly to monitor progress on the set goals.