Saudi Arabia - Update 11:00 am | Heavy dusty weather in Dammam, Jubail and Riyadh until now.. and this is what we expect for the coming hours 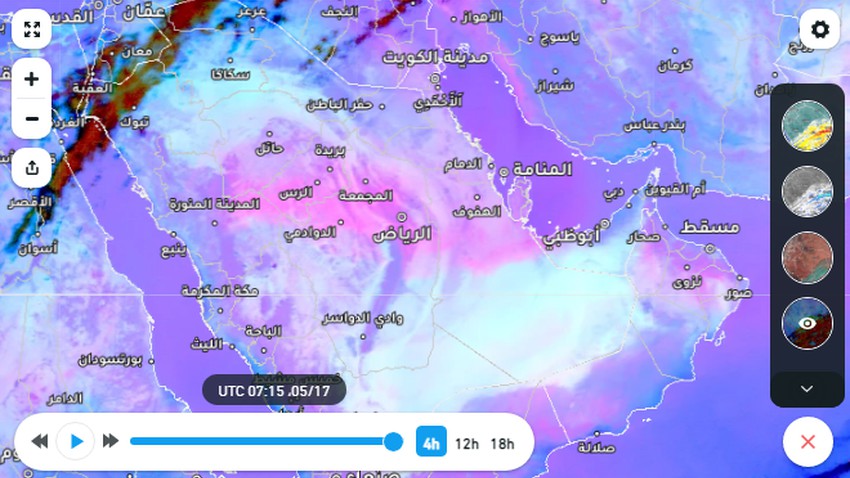 Arab Weather - Sinan Khalaf - The "Chronos" system for Arab weather monitors the significant decrease in the range of horizontal visibility in large parts of the Kingdom as a result of the deepening of the heavy dust wave in the atmosphere of the Kingdom.

According to the latest readings, the various reading centers in the eastern and central regions recorded a remarkably low horizontal vision, which reached below 500 meters in Dammam, Jubail and Riyadh, while it decreased to less than 300 meters in Al-Ahsa.

Expectations indicate that these areas of the Kingdom will continue to be affected by the dusty atmosphere during the next few hours, which requires respiratory and eye patients to take the utmost care and caution.