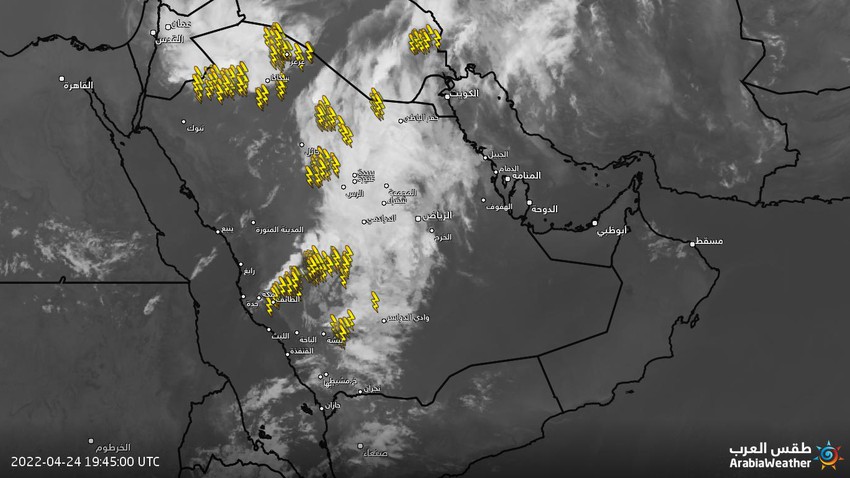 Arab Weather - Live satellite images that were received and processed at the Arab Weather Center indicated that large amounts of rainy and thunderclouds now cover several parts of the Kingdom. The same images indicated that thunderstorms affect (at the time of preparing the report) on large parts of the Riyadh region administratively, the northern borders, Al-Jawf, and to a lesser extent, parts of Hail, Al-Qassim and the north of the northern region, in addition to a thunder belt extending to the eastern and southern highlands of Makkah and eastern Asir, and these clouds are accompanied by rain. Heavy thunderstorms in several parts and papyri thanks to God. In addition to the activity in the downward winds, causing local dust storms, causing almost a lack of horizontal visibility. 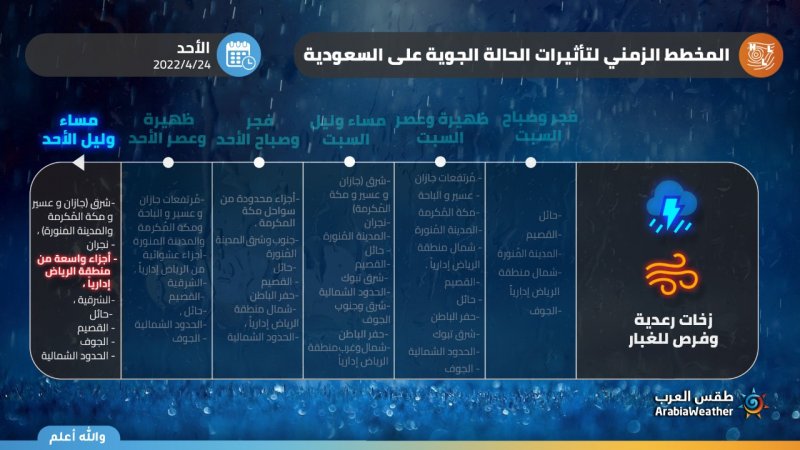 All of this comes within the effects of the most comprehensive rainy state on the Kingdom in the spring of 2022, which comes after a severe case of rain stagnation that the Kingdom witnessed during the past winter, and is considered a rescue for the rainy season. Specialists at the Arab Weather Center have indicated that the effects of the rainy situation will continue in the coming days and extend to the capital, Riyadh, God willing.