Saudi Arabia | Warning from a rainy condition that begins in the north in the coming hours, intensifies at night and continues until Monday morning 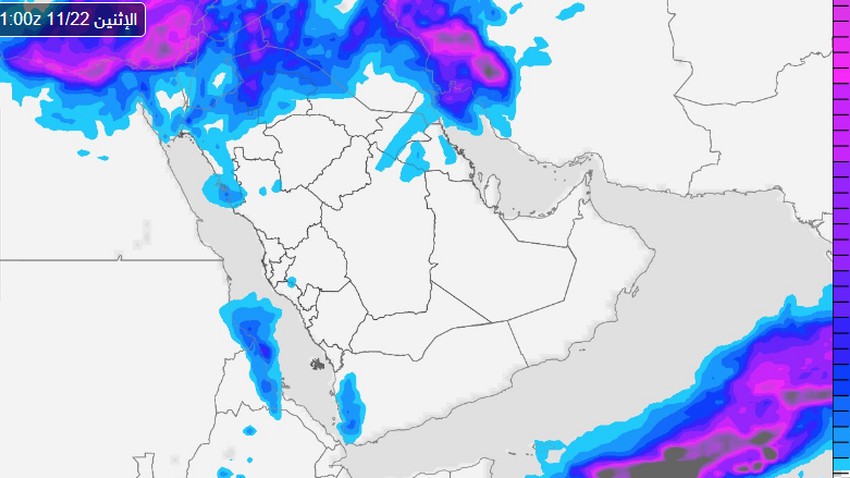 Arab weather - the latest outputs of our computer simulation systems in Arab weather indicate that the northern sector of the Kingdom "Tabuk - Al-Jawf - the northern border" has begun to be affected during the afternoon and evening hours of this Saturday in a state of atmospheric instability, classified as medium to strong in intensity at times, and is characterized by being The first rainy case to affect the north of the Kingdom since the beginning of the season.

It includes Tabuk and Al-Jawf, the northern border

In the details, it is expected that in the coming hours, a cold and humid air mass will rush towards the northern sector of the Kingdom, coming from the eastern basin of the Mediterranean and the Levant region, in conjunction with the activity of the Red Sea depression, which will create unstable weather and the multiplication of clouds and rain.

Now.. Dental implants, veneers and a Hollywood smile within only 24 hours with a free stay from Galaxy Dental Center, from here 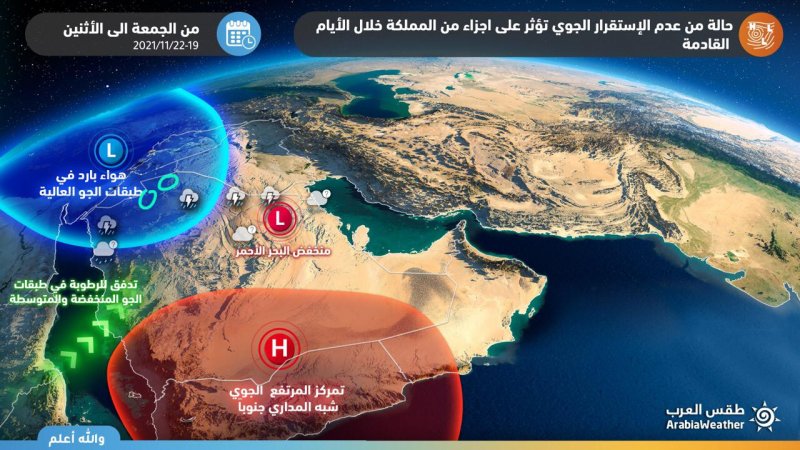 It is expected that the clouds will gradually multiply during the next few hours and the opportunity will be prepared for showers of rain in separate parts of Tabuk, Al-Jawf, and the northern borders. Rain from time to time until Monday morning, God willing, and it is not excluded that rain showers will be heavy at times and accompanied by showers of hail. 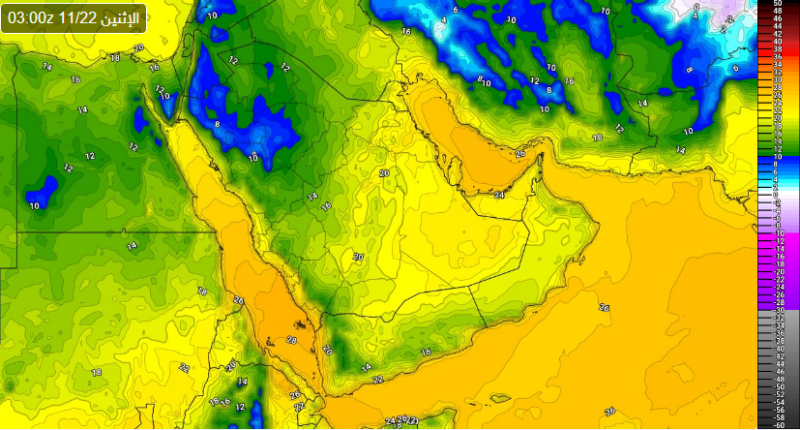 It is also expected that temperatures will drop remarkably, especially at night, to reach, for example, in Qurayyat, around 7 degrees Celsius, which means that cold nights dominate in general, which requires wearing winter clothes.

Saudi Arabia -12:15 pm | The dust wave has begun to affect the eastern and central parts of the Kingdom, warning of an increase in its intensity in the coming hours