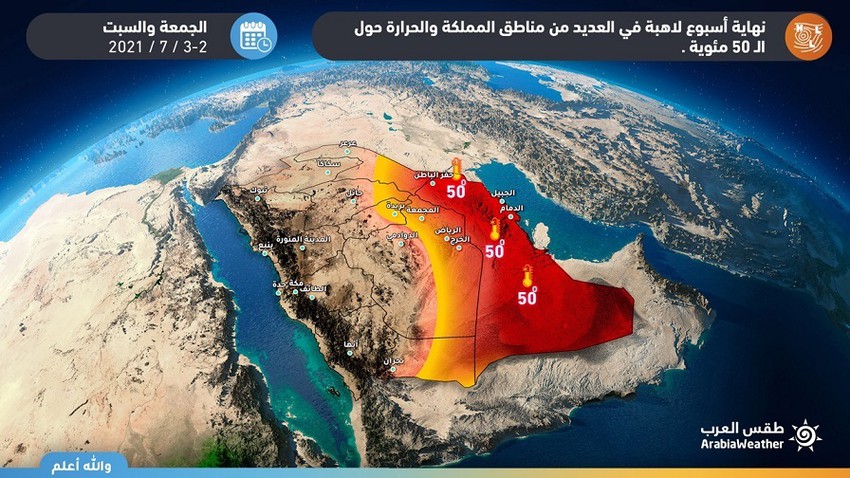 Arab weather - Sinan Khalaf - High temperatures continue to affect the eastern and northeastern parts of the Kingdom during the weekend, especially in Al-Ahsa and Hafr Al-Batin, where the latest forecasts indicate that temperatures may reach 50 degrees Celsius in these areas.

Hot and exhausting weather in Hafr Al-Batin and Al-Ahsa, and the temperature touches 50 degrees Celsius

In the details, it is expected that the Hafr Al-Batin region will be affected by a very hot air mass, which raises temperatures to levels touching the 50 degrees Celsius barrier, and thus a hot and exhausting atmosphere prevails.

Riyadh | Hot and exhausting weather on Friday and Saturday, and the temperature may exceed 47 degrees Celsius!, from here

Al-Ahsa is also affected by the same air mass with extreme heat and stifling over the region. It is expected that temperatures in it will be around 50 degrees Celsius or slightly higher on Saturday and Sunday, as is the case in the general interior parts of the eastern region as shown by through the attached map. 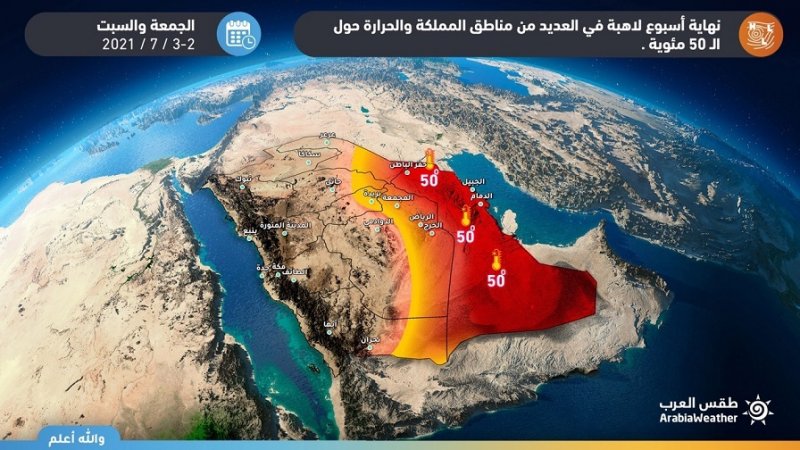