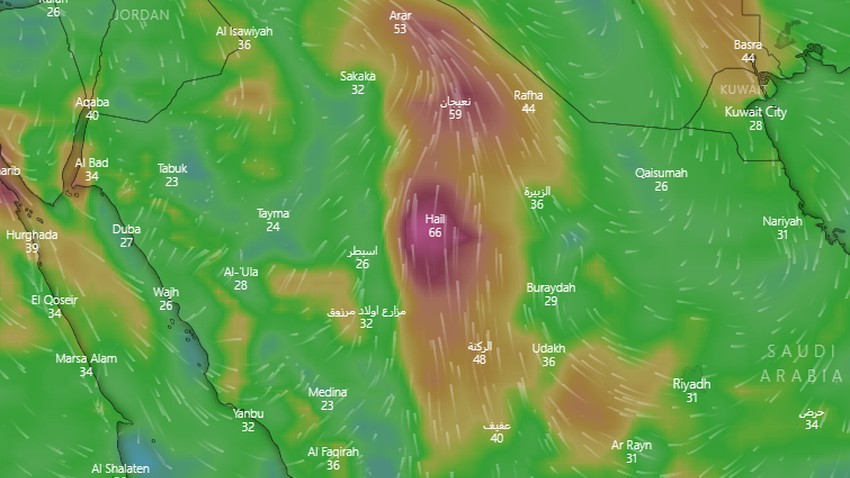 Arab Weather - Sinan Khalaf - The latest computer simulation systems for wind forecasts indicate that the Hail region and some parts of the northern border region were affected on Wednesday by active south to southeast winds, working to raise dust and dust.

Raise dust and dust on the Hail region on Wednesday

In the details it is expected that the All Hail affected on Wednesday impulsively southern winds to Southeasterly brisk, up some donations speed limits of 75 km / h, this wind is considered capable of forming a local dust waves accompanied by low visibility, extends its influence later to include parts From the northern border region. 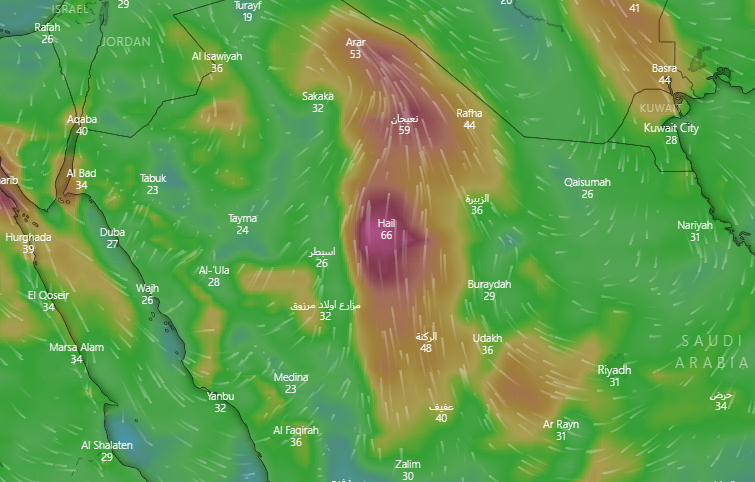 Saudi Arabia | Hot and exhausting air mass and temperatures around 50 in these areas this weekend, from here

Saudi Arabia | Thunder clouds and rain expected in 3 areas on Tuesday, from here