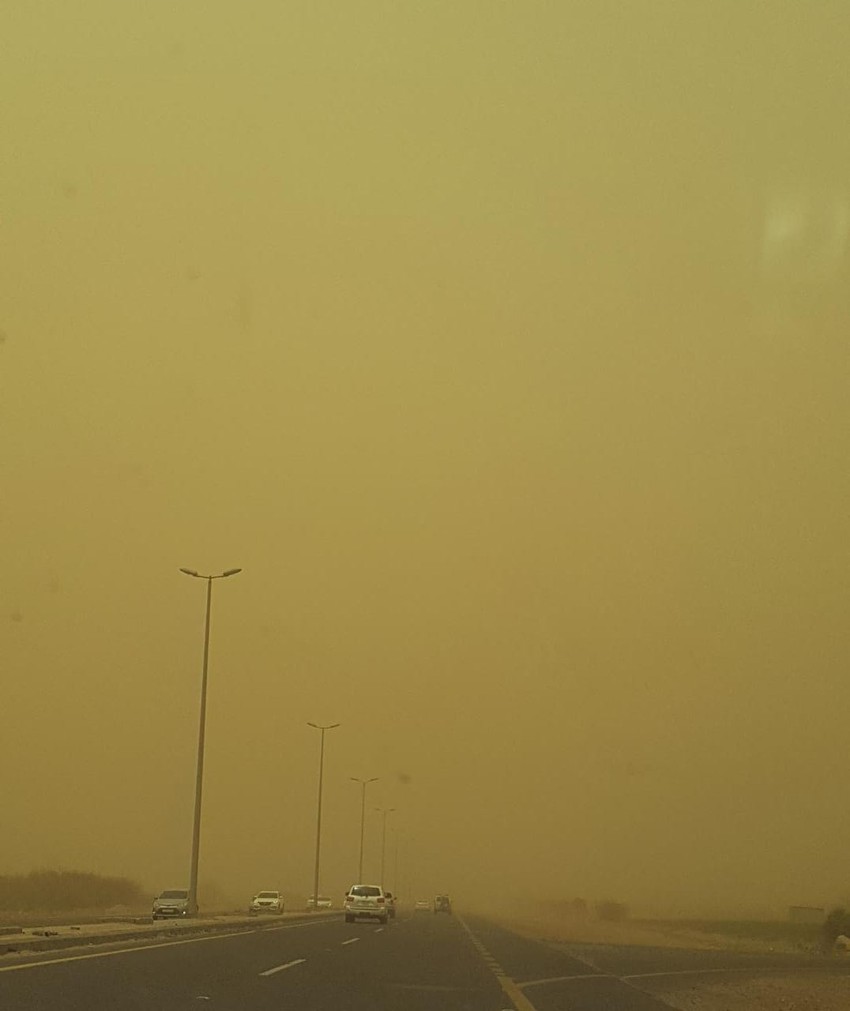 Weather of Arabia - Special Forces called for road security, road owners in Najran; To be careful and careful; Due to the heavy dust in the area.

She said, via her Twitter account: An alert for road users in the Najran region: Please take care, be careful and slow down; Due to the heavy dust witnessed by some roads in the region, specifically the Sharurah - Najran road and the Sharurah - Riyadh road, which limits the range of horizontal visibility in the majority of sites.

"Previously," the General Authority of Meteorology and Environmental Protection reported its alert against surface wind activity and raised dust that leads to low visibility in the Najran region, including the city of Najran and Sharurah Governorate, and the authority indicated that the situation continues - God willing - until six o'clock in the evening.