Saudi Arabia | Winds are active again in the west of the Kingdom, and the chances of dust rising from Sunday 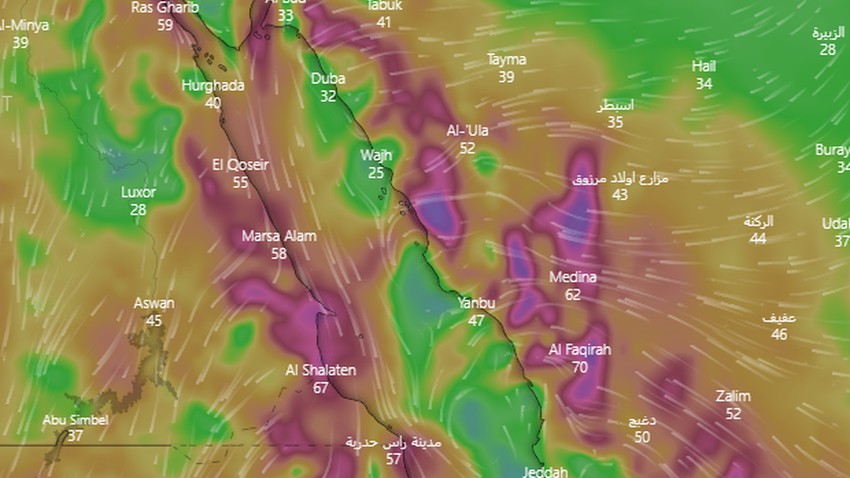 Arab weather - affected by the will of God, it is expected that the winds of Saba will activate again in the western parts of the Kingdom of Saudi Arabia, specifically extending from the north of the city of Jeddah and extending to Tabuk, including parts of Makkah and Madinah.

The activity of this wind will raise dust and dust with varying intensity in some areas, which will significantly reduce the horizontal visibility, especially on external roads in the mentioned areas. 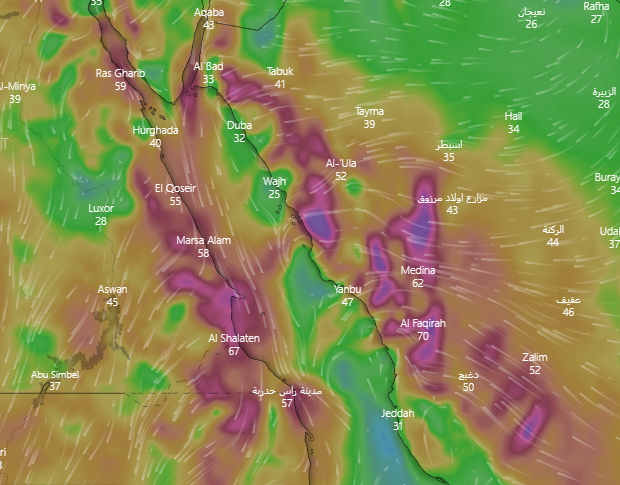