Saudi Arabia | Winds are active again Thursday and Friday, and chances of dust in 6 regions 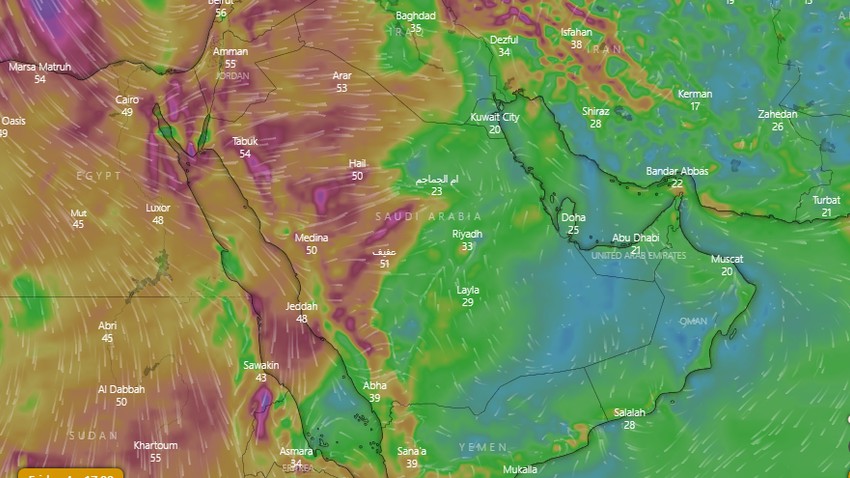 Arab weather - Sinan Khalaf - After God's will, it is expected that large parts of the Kingdom of Saudi Arabia will be affected on Thursday and Friday by active westerly winds, with strong gusts at times, that stir up dust and dust with varying intensity. 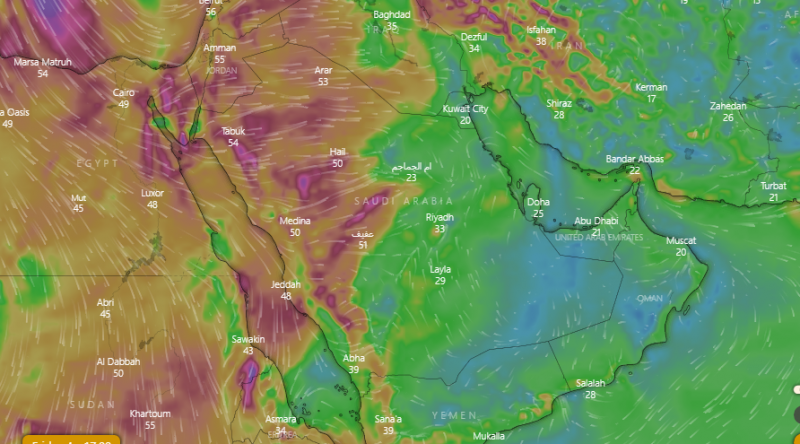 In the details, it is expected that the Levant region will be affected by an air depression centered around the island of Cyprus. This depression will push, after God’s will, active winds towards large areas of the center, north and west of the Kingdom, working to raise dust and dust in some areas. It includes parts of Tabuk, Medina, Hail, parts of Al-Jawf, and the northern border with varying severity.

The forecast staff in Arab weather warns of low horizontal visibility in some areas, especially on external roads