Saudi weather .. Dust and dust raised in several regions, including the eastern and central regions, with a decrease in temperature on Sunday 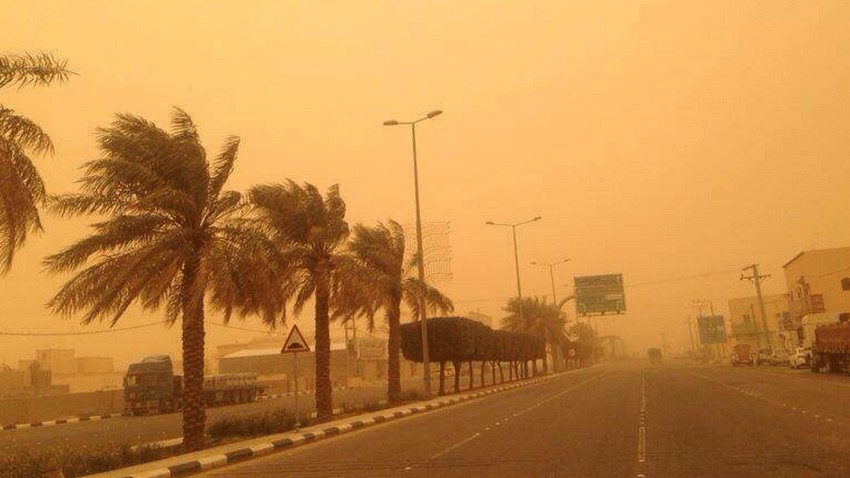 Arab weather - weather maps extracted from computer simulation models of the movement of air masses indicate expectations that the northern and central regions of the Kingdom will be affected on Sunday by an air mass with temperatures lower than their usual rates, so that the temperatures continue to drop, so that the weather will be a relatively hot day in the northern regions, while It is hot in the rest of the Kingdom, except for the southwestern highlands, which naturally live in a temperate climate.

With the passage of daylight hours, medium clouds cover most of the western sector of the Kingdom, interspersed with cumulus clouds over parts of the highlands and Tehama of Jizan, Asir, Al Baha and south of Makkah, accompanied by scattered showers of rain, which may be heavy at times and accompanied by the occurrence of thunder at times, and the northwestern winds are active. On the eastern and central regions, it raises dust and dust and causes a clear decrease in the range of horizontal visibility in many areas, including the capital, Riyadh. 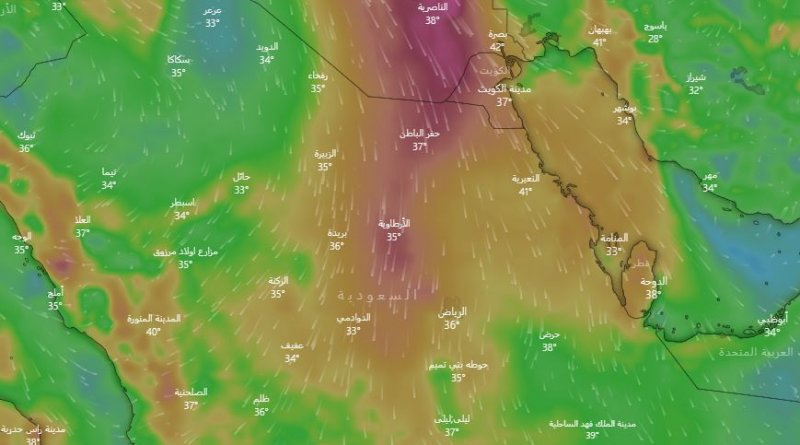 During the night hours, there is dust stuck in the atmosphere, and the weather is warm in most regions of the Kingdom, tends to moderate in several parts of the northern border governorates, Tabuk, Hail, and Al-Qassim, and even tends to be cold in the high mountainous heights of those governorates with the late night hours and early morning .