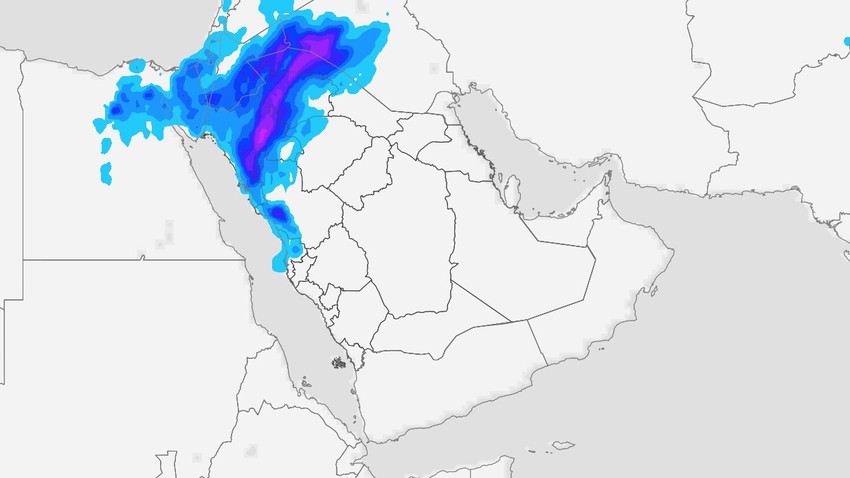 Arab Weather - A stable atmosphere in general prevails until the end of this week, and temperatures are around their averages for such time of year in most regions and rise slightly in the middle of the week so that the weather is warm in the Kingdom.

Southern riyaj is warm from Sunday to Wednesday

Stable weather prevails in all regions during the first and second third of the week, with the exception of a weak case of air instability in the mountains of Medina on Tuesday.

Southeasterly winds blow in most areas, causing a rise in temperatures to become around their rates slightly higher for such a time of the year, while the winds will be northwest on the coast of the Arabian Gulf.

A state of air instability at the end of the week

A cold air mass in the high air layers approaches the north of the kingdom, and a state of air instability arises that begins in the north on Thursday morning, and expands later to include the coasts of the northern and central Red Sea and the general north and central of the Kingdom on Friday.

North of the Thursday temperatures are dropping sharply due to the cold air mass coming from the eastern Mediterranean.