#SaveTunisia.. Screams in front of Corona's incursion into the country and the collapse of the health systemمنظومة 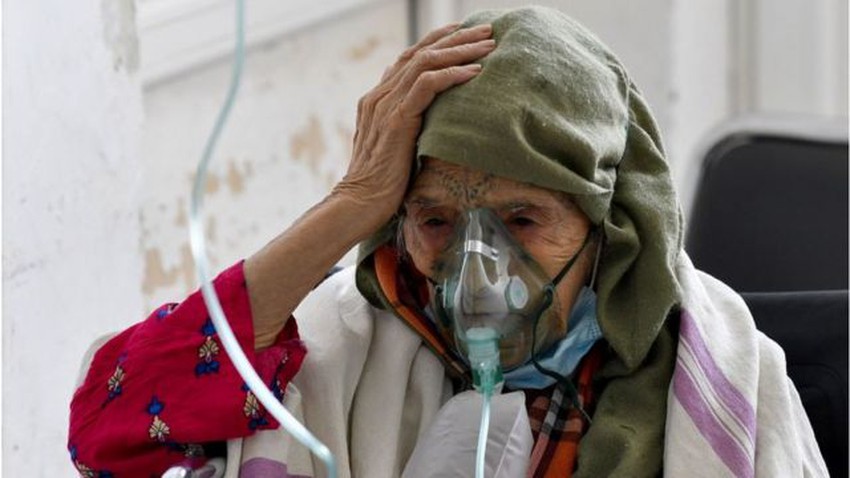 Arab Weather - The debate about the Corona virus and the third wave continues to dominate the conversations of the pioneers of social networking sites in several Arab countries, especially Tunisia, where the country is witnessing a wave of the epidemic that is considered the strongest since last year, in light of a record increase in the number of cases of injuries and the inability of hospitals and the health system to Accommodating the growing numbers, in addition to popular anger at the government's handling of the pandemic crisis.

The Tunisian authorities’ announcement of the collapse of the health system in the country has left a growing state of anxiety and fear among citizens, in light of the escalation of the epidemic trend, which has caused the registration of about 16,000 deaths so far.

Activists on social media launched the hashtag #Save_Tunisia from Corona, in an appeal addressed to the world in all languages because of the epidemiological situation, while others called on citizens to rely on themselves to confront the pandemic after the government proved its inability to manage the crisis.

The situation is "catastrophic"

It is noteworthy that the official spokeswoman for the Ministry of Health, Nissaf Ben Alaya, had confirmed the collapse of the health system in Tunisia, after "the maximum capacity of oxygen consumption was reached and the proportion of recovery beds in the various hospitals of the country were filled."

"We are in a catastrophic situation... you can only find a bed with great difficulty," Ben Alaya said in a statement to local media yesterday, adding: "We are struggling to provide oxygen and doctors are suffering from unprecedented fatigue."