Scenes from the exceptional hailstorm that witnessed Beirut today 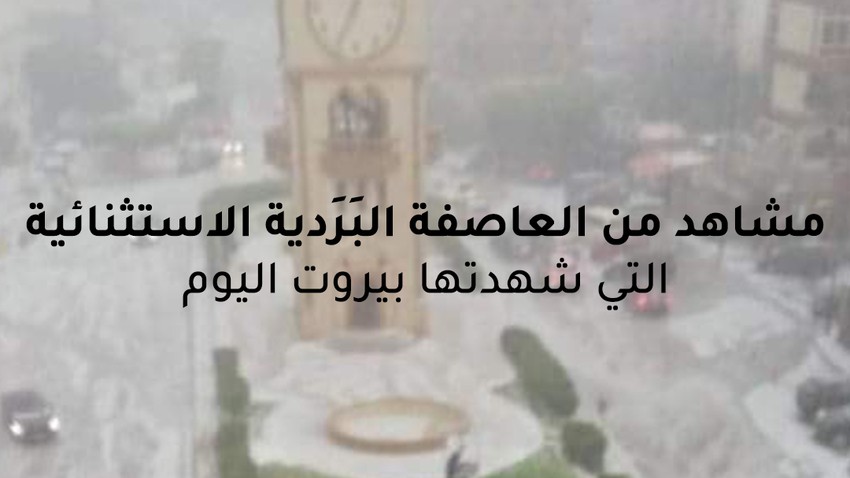 Weather of Arabia - Lebanon today witnessed a state of air instability, which led to showers of thunderstorms in different regions with random geographical ranges, including the capital Beirut

An exceptionally occurring hailstorm affected the Lebanese capital, Beirut, covering the ground in a white robe that lasted for several hours, causing floods and obstructing traffic on the roads, specifically on the main coastal highway.

Elias Saadeh, Director of Weather Forecast in Lebanon, indicated that these rain clouds subsequently rained 50 mm of rain within 25 minutes, and these atmospheres were accompanied by a sharp and rapid drop in temperatures in Beirut, where temperatures decreased from 21 ° C to 13.5 ° C. Celsius in less than five minutes.