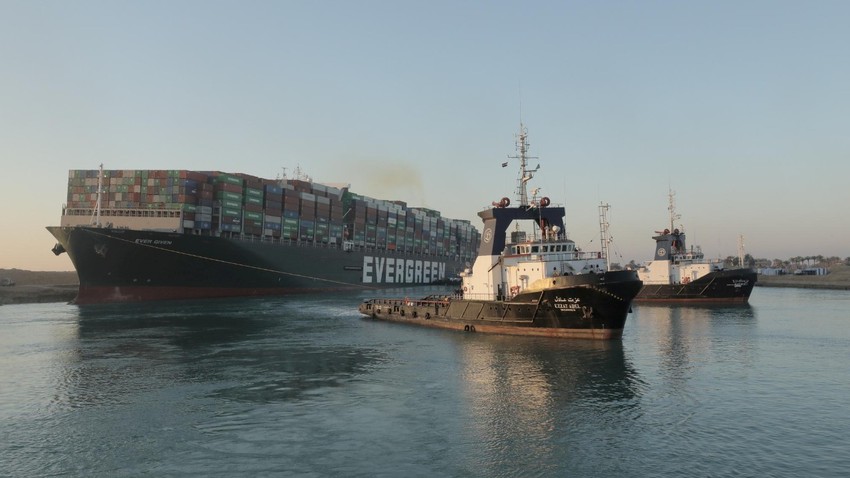 Weather of Arabia - Last Tuesday, the Evergiven ship was suspended, after it veered off its course due to weather conditions and winds, and several attempts to resurface it failed, causing massive traffic congestion and the congestion of ships at the entrance to the canal.

The reason for the ship’s float came to the intensification of the westerly and northwestern winds perpendicular to the direction of navigation traffic in the Suez Canal, which led to the ship’s drift and disruption of maritime navigation in the Red Sea and the Mediterranean.

A picture when trying to rescue a delinquent ship

The Suez Canal Authority announced this afternoon, Monday, that the ship had been returned to the course of the canal and that work in the canal would resume normally

We attach some scenes to you after saving the ship: