Scientists plan to send gene samples of 6.7 million species to the moon 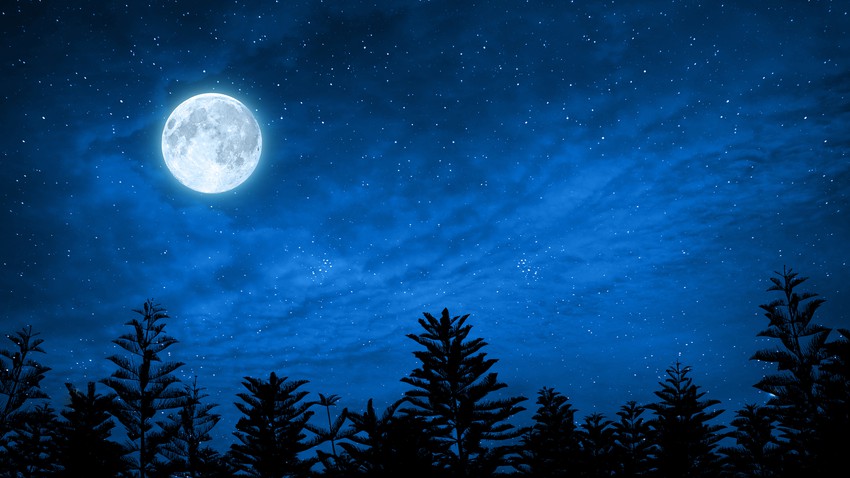 ArabiaWeather - A group of scientists suggested storing DNA samples of more than 6 million species of living things on Earth, and sending them to the moon to keep them there, in order to ensure the survival of the genes for millions of species of animals and plants on Earth, but what do scientists fear will happen on the earth? How is the process of storing genes on the moon?

What scientists fear until they invented this project?

Scientists believe that this project could protect the wildlife on our planet against any of the apocalypse scenarios, whether they are caused by natural causes or human causes, such as:

So that this genebank is hidden in a coolant in hollow tunnels and caves that were carved by lava more than 3 billion years ago on the surface of the moon, and the coolers will be powered by solar panels that produce electrical energy.

The "moon ship" project to store genes on the moon

Scientists presented their " Lunar Ark " (Lunar Ark) project plans at the IEEE Space Conference, which was held this year due to the Corona pandemic, where the project will store the cryopreserved genetic material of all 6.7 million species of plants, animals and fungi known on Earth, Which would require at least 250 launches of missiles to be transferred to the moon.

Although not all of the technology needed for this ambitious project exists yet, researchers believe it can actually be built within the next 30 years.

The aim of the project

Scientists have shown that the main motivation behind the "lunar ship" project is to create a safe storage place for extraterrestrial biodiversity. It is like copying your photos and documents from your computer to a separate hard drive, so that you have a backup copy in case anything goes wrong.

The creation of backup copies of genetic to maintain biological diversity is not new, as the global crack Svalbard contains seeds (The Svalbard Global Seed Vault), located inside the Arctic Circle in Norway, on samples of genetic types of plant from all over the world, it has already been used to re Introducing some plants into the wild, however, this basement is still in danger of being destroyed by rising sea levels or an asteroid collision.

So the researchers argue that only by storing genetic data elsewhere in the solar system can we guarantee its survival from any existential threats on Earth.

Why was the moon chosen?

The moon was the best choice for the project mainly because the trip to the moon takes only four days from Earth, which means that transporting samples is much easier than transporting them to Mars, and building a gene store in orbit around Earth is also not safe enough due to the instability of the orbit.

Another benefit of building the project on the moon is that it can be safely hidden in lava tunnels or gaps, as these caves and hollow tunnels formed under the surface during the beginning of the moon’s emergence, and have remained the same since then, so these gaps will protect the gene stores from meteorite strikes and radiation It can destroy DNA, and lava tunnels canals have also been suggested as excellent places to build lunar cities for a human civilization on the moon.

The researchers suggest first examining these tunnels using special robots that are able to explore caves and tunnels independently, and be able to navigate the low gravity of the moon, and to map the tunnels using cameras and radar ( LIDAR ) that uses laser light to measure distances, and once robots have identified appropriate lava tunnels The construction phase of the project can begin.

The proposed "Lunar Ship" project will include two main sections above and below the surface. In the subsurface section, samples will be preserved in refrigerated storage units inside lava tunnels that will be connected to the surface by elevators.

As for the section on the roof, it will contain the communications group and solar panels, to keep the samples kept in a separate place, and this will allow to lock the place and preserve the air for human visitors.

A solution to the problem of cold conditions

In order to keep samples refrigerated, they must be stored at extremely low temperatures ranging from (180 to minus 196 degrees Celsius). This means that it would be impractical to use humans to sort and retrieve samples from cryogenic storage units. Robots do this.

But at such low temperatures, robots will freeze, as metals fuse together at freezing temperatures, and the solution, according to the researchers, is to employ a technique that uses superconducting materials to control objects remotely under the influence of a magnetic field, as objects can be installed at a distance with each other, so that The robots can be moved without touching the cold parts.

The researchers believe the project would be feasible within a 30-year timeframe, but it could be done faster if humanity faced an imminent existential crisis.