Seasonal Bulletin for Saudi Arabia | Weather fluctuations associated with dust with the beginning of autumn and less activity than usual in the Arabian Sea! .. details 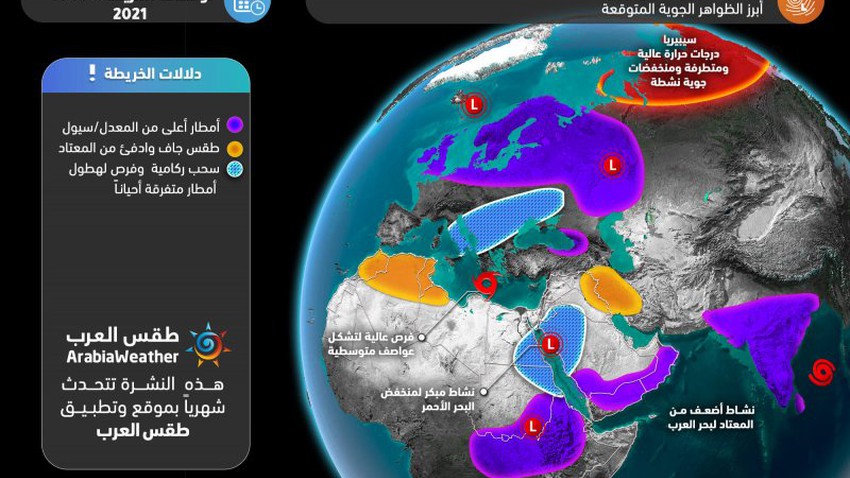 Arab Weather - Sinan Khalaf - Arab Weather issued its seasonal forecast for the remainder of the summer, in addition to an important part of the fall season, and the seasonal bulletin summarized the initial signs of what is expected of weather events and phenomena during the next three months (September, October and November) for the year 2021 AD. Here are the details:

Weather charts for the next three months

The most prominent weather phenomena expected in the coming months 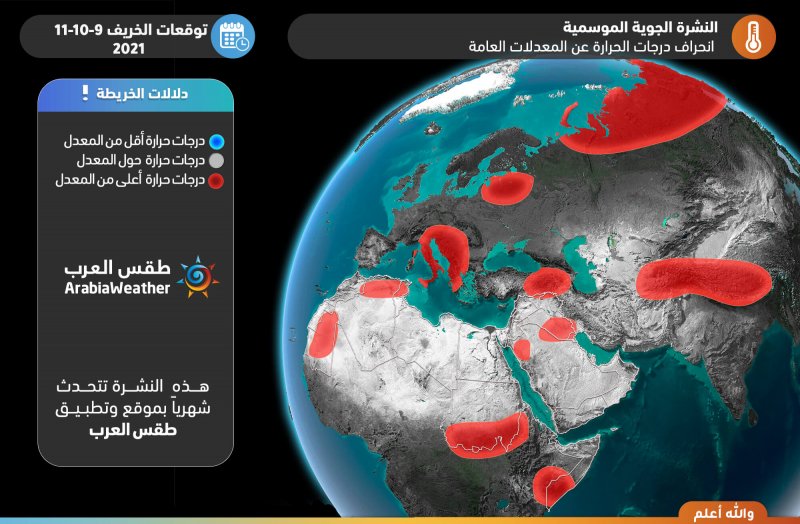 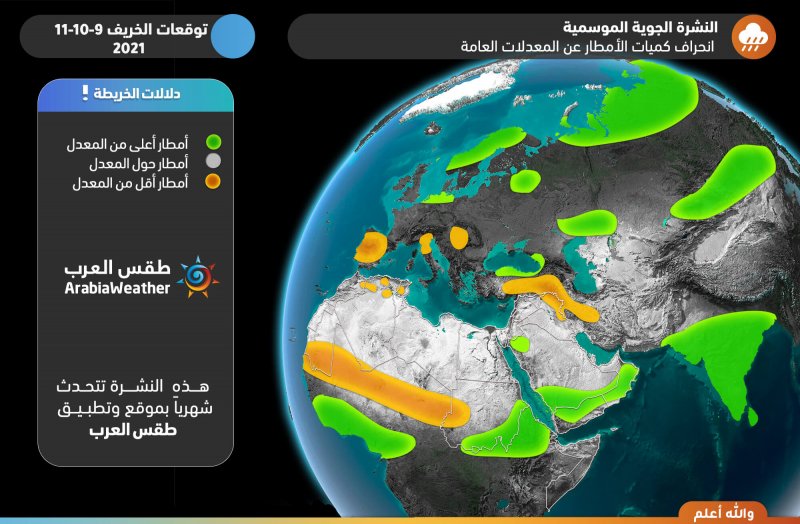 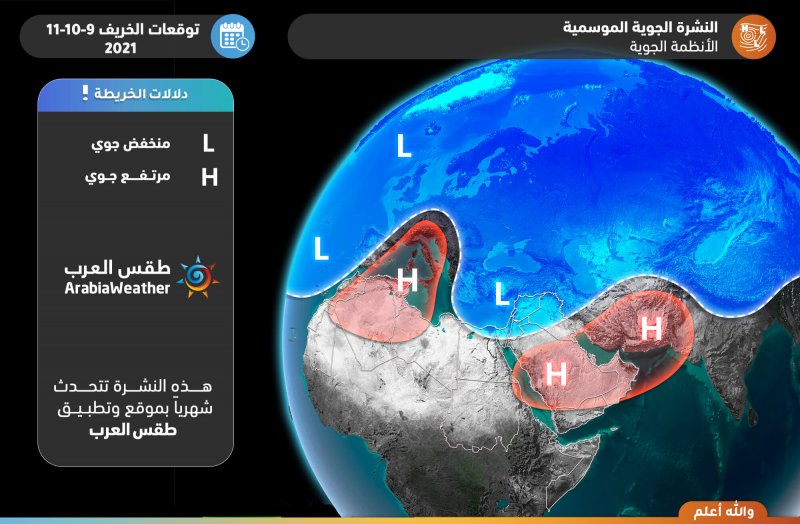 Special weather condition for each month

It is expected that the values of atmospheric pressure over the Arctic Circle (AO) with the beginning of the autumn season will vary between positive and negative values, which leads to a significant change in the movement of the polar jet streams and allowing cold air to descend to middle and later semi-tropical widths clearly in some periods.

In view of the activity of unstable weather conditions on the North Atlantic Ocean and several parts of western, central and southwestern European continent, where the North Atlantic Oscillation will be positive (NAO) and it means an increase in the atmospheric pressure difference between the Azorean High and the Icelandic Low, which will result, God willing, a remarkable and great activity The humid Atlantic winds towards western and central Europe and later towards Spain and Portugal.

Together, these conditions will increase the semi-tropical atmospheric altitude in the high layers of the atmosphere over the northern Arabian Peninsula, which means that temperatures will continue to rise until late times of the autumn season, especially the areas of northern Saudi Arabia and the far east of the Levant.

At the expense of exposure to areas of northwest Africa and the entire western Mediterranean, with air masses of less moderate temperatures in general, which may result in showers of rain in some areas.

The Neutral phenomenon still dominates the surface waters of the equatorial region of the Pacific Ocean, where temperatures prevail around below the general rates in those regions. This phenomenon affects the weather in many regions around the world, as it indirectly contributes to the weak seasonal rains in the south and west of the Arabian Peninsula at the expense of the improvement in rains in the Horn of Africa and Sudan, and works on a fair and non-extreme (balanced) distribution in the air heights. Subtropical, meaning that the weather systems change from time to time.

As for the coming months, it is expected, with a high rate, the continuation of the decline of the La Niña phenomenon and the dominance of the neutral pattern, in conjunction with the increase in the polarity values of the Indian Ocean (IOD) and the areas of the Arabian Sea.

These weather conditions increase the chances of rain in parts of southern and southwestern Saudi Arabia and are statistically associated with a mostly active Khareef season. However, it is not possible to judge the behavior of the atmosphere through one variable, but rather the sum of dozens of thermal variables and the dynamic behavior of the atmosphere that cannot be judged. Certainly only when the period approaches after the command of God.