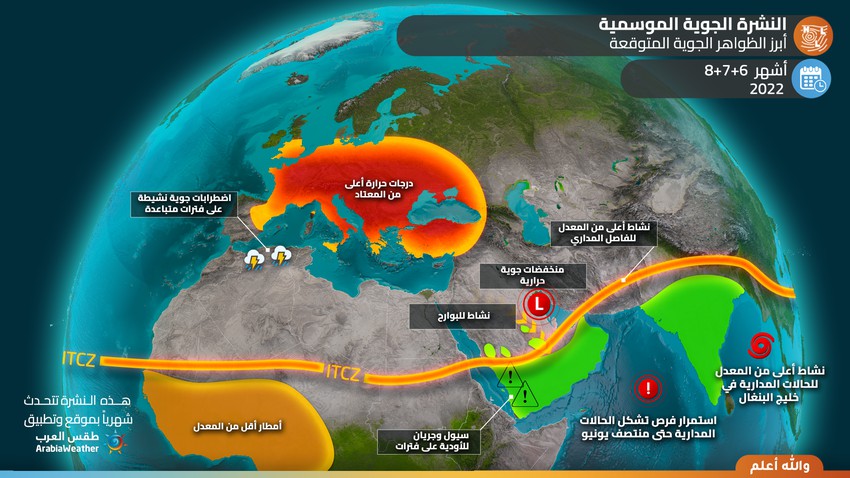 The autumn season brings its own charm to Dhofar, where light rains, widespread fog, and the sun are veiled in most times of the day, and moderate temperatures that reach an average of twenty-five degrees Celsius, as a result of being affected by the monsoon winds coming from the Indian Ocean and the Arabian Sea.

And the reasons for this phenomenon in the summer:

And about the mechanism of its formation, when the hot, moist air passes over a cold surface, a process of cooling the air takes place here as a result of its contact with the cold surface. In meteorology, this process is known as upwelling.

The mountains of Dhofar also play a key role in the formation of terrain clouds. When the southwest winds carrying large quantities of water vapor blow over the coastal areas and collide with the mountains in the Dhofar Governorate, condensation of water vapor occurs, forming low clouds.

The issuance of these forecasts for the “Autumn of Dhofar” is based on a study: