See . . . An aerial photo showing the number of ships waiting to cross the Suez Canal 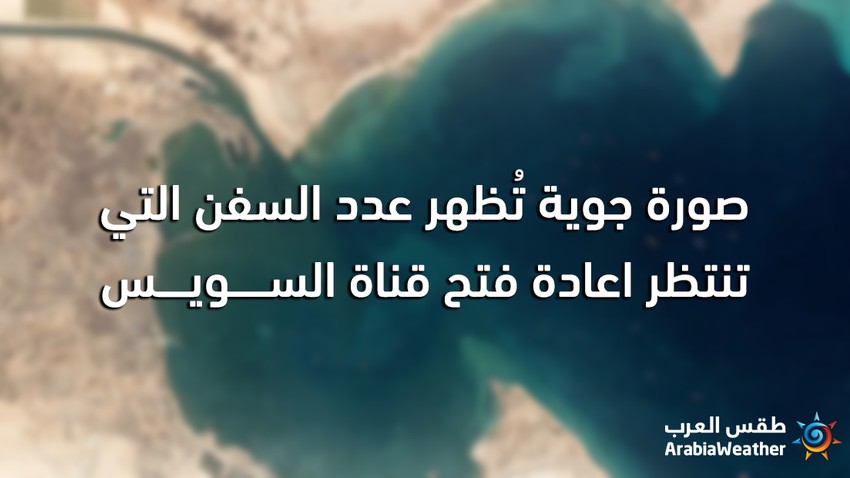 Arab Weather - The efforts made by the Egyptian authorities to float the giant container ship "Ever Givin" are still continuing to reopen the canal in front of many other ships waiting to cross.

And he showed aerial photos published by "Planet Lab", which show dozens of ships stalled until the completion of the flotation operations and the announcement of the reopening of the canal after the Suez Canal Authority announced the suspension of movement in it temporarily, Thursday.

It is noteworthy that the accident "is mainly due to the lack of visibility resulting from the bad weather due to the country's passing through a dust storm, with which the wind speed reached 40 knots, which led to the loss of the ability to steer the ship and then its stranding ..." according to a previous statement by the authority.

It is noteworthy that the stranded vessel weighing 224 thousand tons was on its way to the port of Rotterdam in the Netherlands when it derailed. The operator of the vessel said in a statement that the vessel - nearly 400 meters high the same as the Empire State Building - was confined through a vital trade lane at the canal mark (151 km).