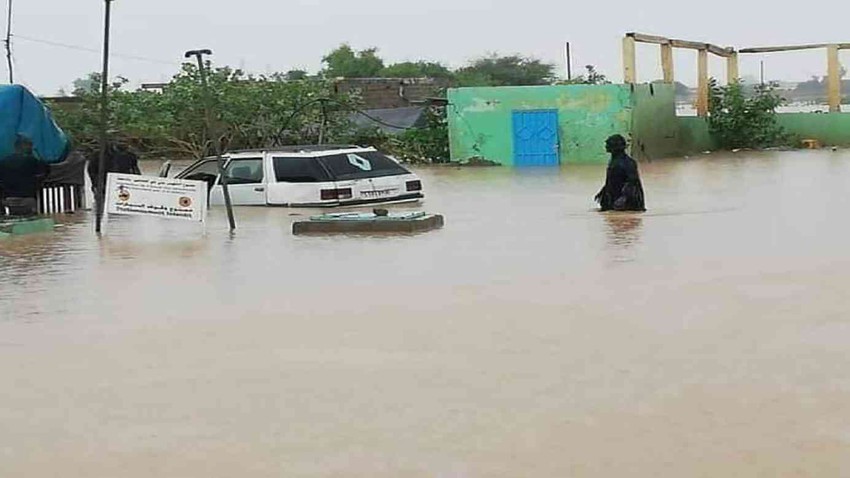 Arab Weather - Several states in Mauritania, including the capital, "Nouakchott," witnessed large amounts of rain, which in turn caused severe floods that caused heavy material losses, which necessitated the intervention of the army to evacuate civilians.

Rainwater flooded residential and commercial neighborhoods in some areas of the capital, Nouakchott and other areas, leaving dozens of families homeless.

And the local authorities in the state of "Kedi Majah", southern Mauritania, indicated that they had evacuated 43 families; After the flood waters invaded their village, noting that army units took over the process of evacuating these families, calling on the residents to take utmost care and caution during their movement between the flooded areas and choose safe places.

The President of Mauritania, "Mohamed Ould Al-Ghazwani," ordered the formation of an emergency unit for rapid intervention, and pledged to repair the protection barrier in the town of "Basikno" in the construction of a road to open the town of "Adel Bakrou" in the far southeast of the country.

Several countries in West Africa were affected by floods during the previous period.

It is noteworthy that record amounts of rain fell in recent weeks in separate areas of Mauritania and caused torrents that caused human and material losses.