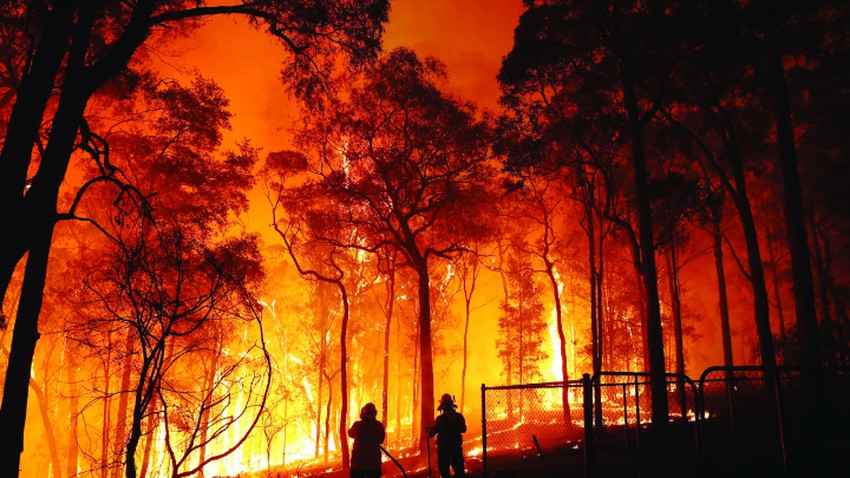 A cold air mass is rushing through the various layers of the atmosphere, especially the middle and high air, coming from the northwest of the European continent, working to reduce the severe heat wave from Britain, France, the Netherlands and Belgium to parts of Germany, where temperatures drop in those areas as of today, Wednesday, and in the coming days.

The rush of cold air in the middle and high layers of the atmosphere coincides with the storage of the Earth’s surface of the extreme temperatures that were affecting the west and southwest of the European continent, where a very strong state of atmospheric instability results in heavy to very heavy rain falling on large parts of the France, and the unstable weather gradually extends towards Belgium, the Netherlands and Germany, and later extends further north towards Denmark.

It is expected that heavy rains will be accompanied by severe thunderstorms and hail falling in high intensity and large sizes, amid a high probability of the formation of torrential torrents. It is reported that the same unstable weather conditions will include parts of the United Kingdom, but with less intensity.

While Western Europe is affected by a severe rain wave, the weather maps at the Arab Regional Weather Center indicate the expansion and intensification of the heat wave’s impact to wider countries from the European continent to include Italy and Scandinavia, all the way to parts of southwestern Turkey, where maximum temperatures are recorded that exceed the mid-thirties, and touch the end of The thirties Celsius in some areas, and may reach the limits of the forties Celsius, especially in parts of Italy, coinciding with the increase in surface humidity in the atmosphere, which increases the feeling of malaise.