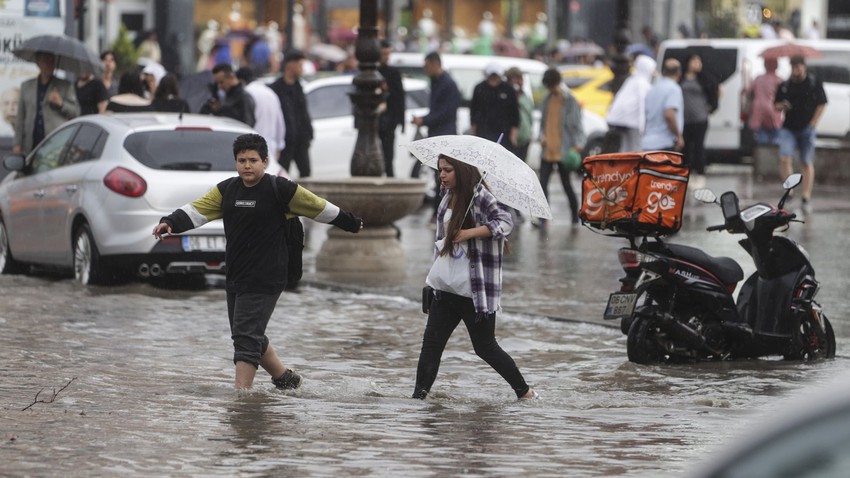 Weather of Arabia - Heavy rains in Turkey have caused floods in five provinces over the past few days. Dozens of people were rescued from a flooded building in the capital, Ankara, where 11 injuries were reported. Meanwhile, one person was killed and three injured in floods in Burdur province.

Floods began in parts of Denizli Province on June 3, inundating some streets and damaging farmland in the area.

Floods and landslides were reported in parts of Burdur province after a thunderstorm hit the area on June 4. As a result, about 30 buildings were damaged. Flooding was also reported in the Golhisar area where around 50 head of cattle were killed.

Burdur Governor Ali Arslantaş said, in a statement, that a thunderstorm started around 19:00 pm, which led to 25 mm of rain in a short period in the city of Burdur, which witnesses an average of 25 mm of rain throughout the month of June.

Heavy rain flooded the streets of Ankara on June 07, 2022, causing traffic disruption. The Turkish Meteorological Service (MGM) reported 55.1 mm of rain in the 24 hours to June 08 in Keçiören district in Ankara.

Videos circulated on social networking sites showed floodwaters dragging vehicles through the city streets, and a part of a wall collapsed in Kegyoren district, damaging 5 parked cars, and emergency teams rescued 115 people from a flooded factory in Yeni Mahla district. And 11 people were reported injured as a result. Floods were also reported elsewhere in Ankara province.

Heavy rains on June 7 also caused flooding in Cherkesh district, Kankiri district, and in parts of Sivas district, which reported that about 14 houses were damaged.