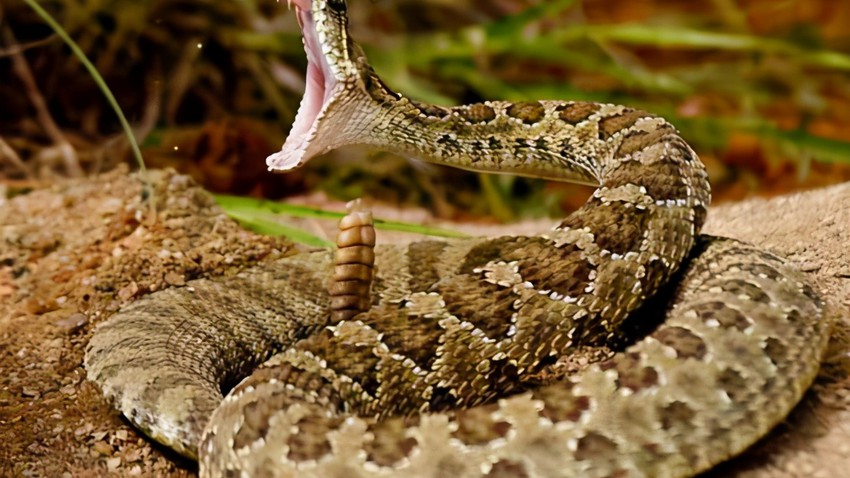 Arab weather - After the heavy rains and floods that destroyed homes and facilities in many parts of Sudan last August, Sudanese living on the banks of the Nile complain of an increase in the number of snakes and scorpions that threaten their lives.

The risks associated with this are exacerbated; It was observed that larger snakes appeared, such as cobras; According to researchers at the Toxic Organisms Research Center of the Faculty of Science at the University of Khartoum. The poison research centers at the University of Khartoum suffer from a lack of capabilities to confront these reptiles.

The reason for the spread of scorpions and snakes

Manal Siam, a researcher at the Toxic Organisms Research Center of the College of Science at the University of Khartoum, explained; The main reason behind this increase is "climate change, which causes more floods in the fall and higher temperatures in the summer."

She pointed out that among other reasons for the increase in the appearance of snakes and scorpions in Sudan, is mining work in some areas, such as the Nile and Northern states, "because scorpions are always found in sandy mountainous areas, and mining and prospecting operations make them flee to safer places."

She stated that the other reason is "the increase in the intensity of random collection...because the scorpion adopts a behavior that increases productivity when it senses danger...it either becomes extinct completely or increases its productivity."

Why do most people with scorpion stings die?

According to Manal Siam: The available vaccines are imported from India, and therefore they do not match the venom of snakes and scorpions local to Sudan; She said: "The serums that we import come through the Ministry of Health and medical supplies, manufactured in Indian companies for scorpions whose native country is India, not Sudan, and therefore the environment varies, which means that toxicity varies, so the vaccines are not with the appropriate efficiency to treat cases, as the majority of cases currently that are You get stings from scorpions, you die."

The research center organizes field trips to collect snakes in response to requests for help from citizens, especially in areas where cobras have been seen, but logistical and financial problems are an obstacle.

"Currently, as a center, we have financial problems, like other problems in Sudan related to scientific research, because of the scarcity of capabilities," said Rania Mohamed, director of the Center for Toxic Organisms Research at the Faculty of Science, University of Khartoum.

It explained the challenges faced by emergency communications response teams; She said: "We do not have the possibility to buy a car, and our equipment is all personal equipment and there is no official party that bought it for us, even the protective equipment is incomplete, today when I go out and expect to find a cobra, I am not supposed to be wearing glasses and high-necked shoes, I am supposed to be She wears her full "protection boots" as does the rest of the world.