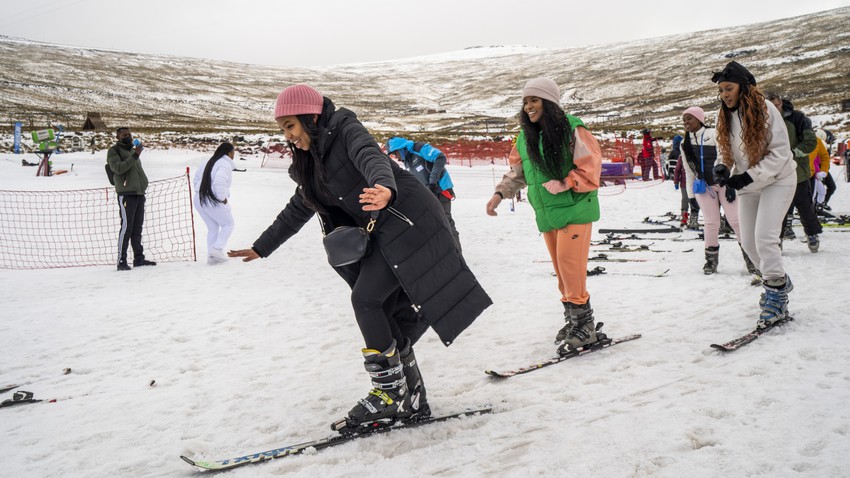 Weather of Arabia - In a strange contrast to the heat waves in Europe known for its mild summer, and while millions across Europe live in the flames of summer with record-breaking temperatures, visitors from Africa enjoy a snowboarding experience in the southern African kingdom of Lesotho.

But this is not another sign of climate change, but rather due to the distinctive geographical nature of the Kingdom of Lesotho, which is a small mountainous country completely surrounded by the state of South Africa, and is the only country on Earth whose every inch of its land is located at an altitude of more than 1,000 meters (3,280) feet) above sea level, which gives it the opportunity to snow during the winter seasons,

Lesotho is among the strangest regions around the world. It is not normal to have snow-dominated regions located near the equator, where temperatures rise the closer we are to the equator. 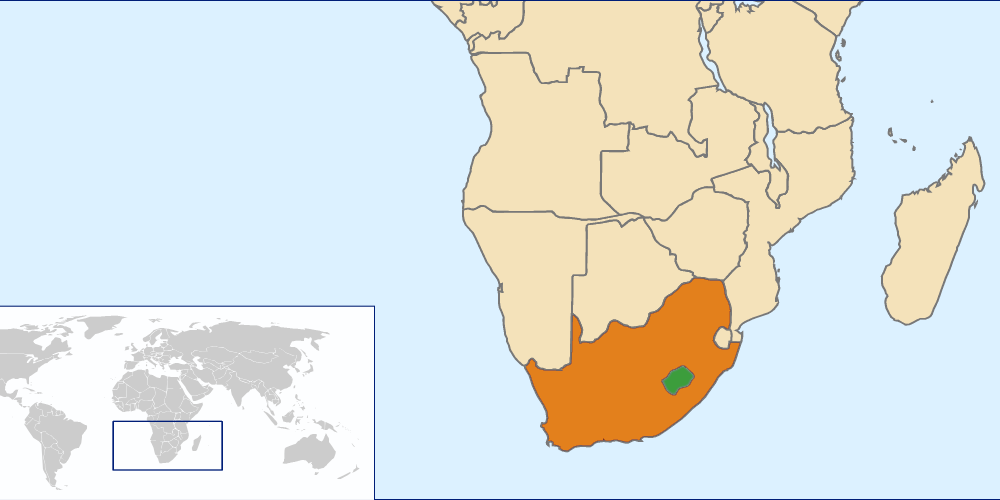 Lesotho is located in the southern hemisphere (south of the equator), where it is now experiencing winter, and although cold winters are not uncommon in South Africa, snowfall is rare, and inevitably, ski resorts are more rare, but at an altitude 3000 meters (9,842 feet), Afriski in the Maluti Mountains in Lesotho is Africa's only working ski resort south of the equator.

Afrisky may not be on par with the vast alpine resorts of Europe, but what no one can argue is that this crowd of visitors went skiing in Africa, while Europe, known for its mild summers, suffers from record high temperatures.

You may also be interested in: Drought hits the source of the famous Thames for the first time in its history... and other famous rivers exhausted by drought and heat waves