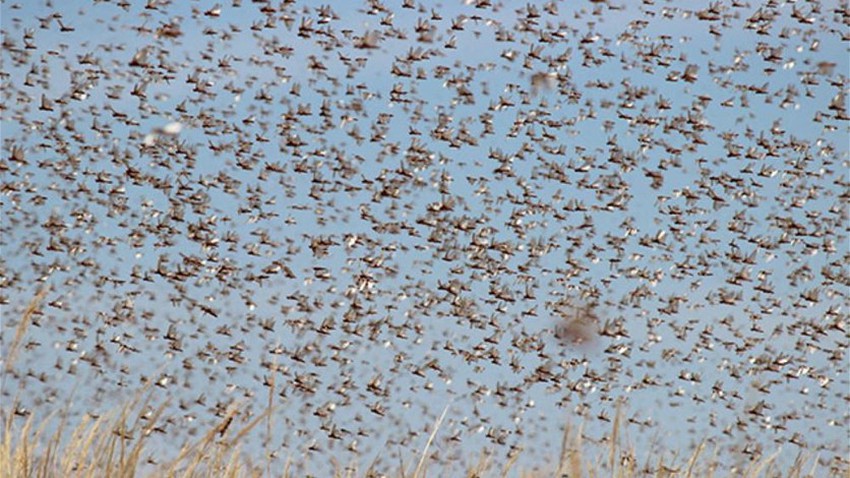 Arab Weather - The United Nations Food and Agriculture Organization said on Wednesday that desert locusts are destroying tens of thousands of hectares of farmland and pastures in Somalia in the worst invasion in 25 years, likely to spread more widely.

The organization said locusts destroyed 70,000 hectares of land in Somalia and neighboring Ethiopia, threatening food supplies and livelihoods in the farming communities of the two countries.

The organization said a moderate swarm could destroy enough crops to feed 2,500 people for a year.

The organization added in a statement that the conflict and the chaos prevailing in Somalia make locust spraying aircraft - which the organization describes as "the best measure" - impossible. "The impact of our actions in the short term will be very limited," the statement added.