South Korea celebrates Halloween with the deadliest accident in its history Weather of Arabia - The Seoul Fire Department said that at least 146 people were killed and 150 injured after they were crushed in a large crowd on Halloween Saturday evening, in one of the deadliest accidents in modern South Korean history, since the Seoul ferry sank in 2014, killing more than 300 people.

The crowd surge occurred during one of the most boisterous celebrations of the year in the country's capital, with up to 100,000 people, local media reported, rushing into the narrow streets of Itaewon on Saturday night for Halloween festivities.

The accident started in a narrow alley, near Exit 2 of the Itaewon subway station, near a row of bars. A passerby at the scene said he saw bodies filling the street. "It was heartbreaking," he said.

The photos showed citizens, police officers and emergency medical personnel performing cardiopulmonary resuscitation (CPR) on people on the edge of the sidewalk, and others carrying what looked like corpses covered in sheets on stretchers.

Emergency vehicles struggled to make their way to and from the site, as the roads were jammed with pedestrians and casualties. 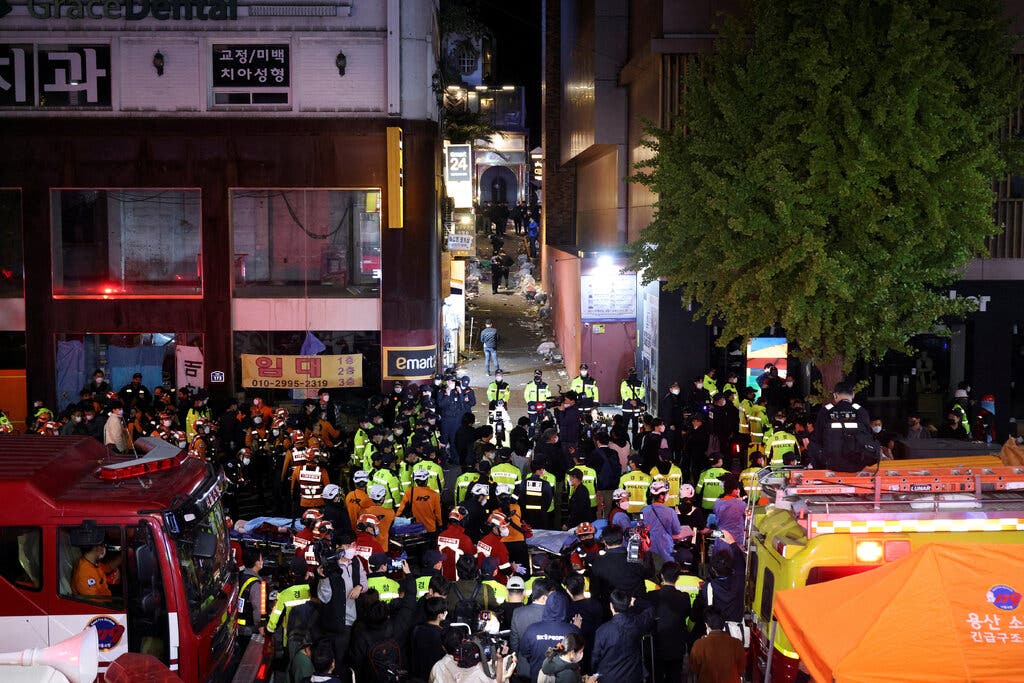 Halloween is a celebration held in many countries on the night of October 31 of each year on the eve of the Western Christian holiday (All Saints' Day), but they are two different holidays. It opens the three days of the liturgical year of Western Christianity devoted to the remembrance of the dead, including the saints (Hallows), and this is actually the origin of the celebration. However, Halloween, as it is now celebrated in many countries around the world, is influenced by the American version because of the dominance of American culture over the media in the era of globalization, a version far from the religious roots of the occasion.

In many parts of the world, Christian religious ceremonies are still practiced including attending church services and lighting candles on the graves of dead relatives.