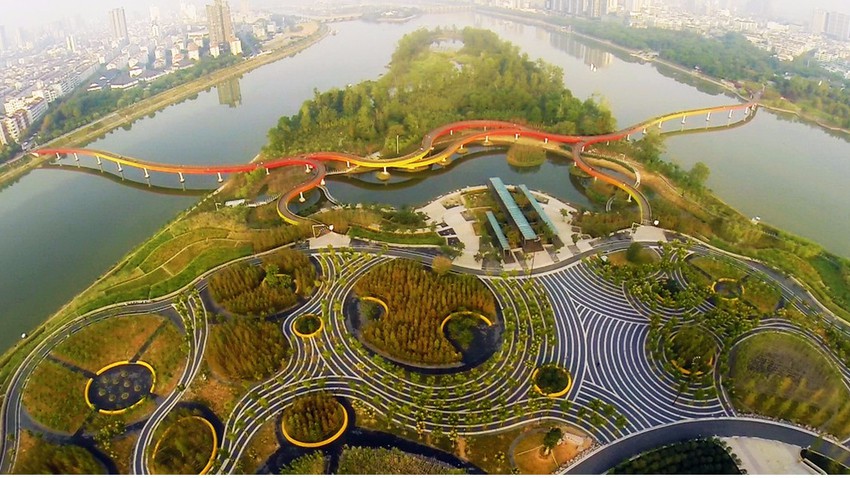 Weather of Arabia - "Floods are the enemy of mankind, and the solution is to make friends with them." This is what the idea of a genius project for the sponge cities in China was based on, letting the flood waters run peacefully and using surfaces that allow water to permeate the cities, in addition to environmentally friendly infrastructure.

To know the details...

How recent floods have become a problem

The rapid urbanization and urbanization of China has resulted in natural water systems being completely ignored and filled with concrete. The drainage system was not part of the integrated planning strategy and did not keep pace with urban development above the ground.

In 2012, Beijing lost its entire underground transportation system to water, and in 2016 floods caused the sewage systems to collapse in Wuhan, Nanjing and Tianjin.

Flood disasters lead to great loss of life, in addition to severe damage to infrastructure such as transportation, telecommunications and energy , so high on the agenda of the Chinese government has been to create water infrastructure that can withstand floods, reuse storm water and make cities sustainable.

Sponge cities are designed to absorb large amounts of water and return it to the environment in a slow way. Like a sponge, it is made of porous surfaces and spaces capable of holding water. Roads, permeable sidewalks, green roofs, wetlands, and natural vegetation absorb, seep, store, filter, filter, and manage rainwater.

The Foam Cities system mimics the natural hydrological cycle to avoid flooding, not only is it able to deal with a sudden increase in stormwater, but it also recycles it to help mitigate the impact of drought.

The concept of sponge cities was not new when it arrived in China, but it has not been applied anywhere in the world on such a scale. In 2015, the Chinese government launched the "Sponge City" pilot project, in which thirty cities participate. By 2030, 80% of urban areas should absorb and reuse at least 70% of rainwater, which has also helped increase the country's water reserves. The initiative includes covering the roofs of the towers with plants, storing wetlands for rainwater, building permeable sidewalks and storing excess runoff water, in addition to allowing water to evaporate in order to moderate the temperature.

China will undoubtedly become a world leader in this type of infrastructure and technologies. But a sponge city is more than just infrastructure, it is a city that makes urban flood risk management central to urban planning policies and designs. There should be planning and legal frameworks and tools in place to implement, maintain and adapt infrastructure systems for the collection, storage and purification of excess rainwater.

Egypt | The heat wave continues to affect the Republic, and the temperature approaches 45 degrees in some areas at the end of the week