`Squabble` in the Arabian Peninsula... When does it start? What are the most prominent features of the weather? 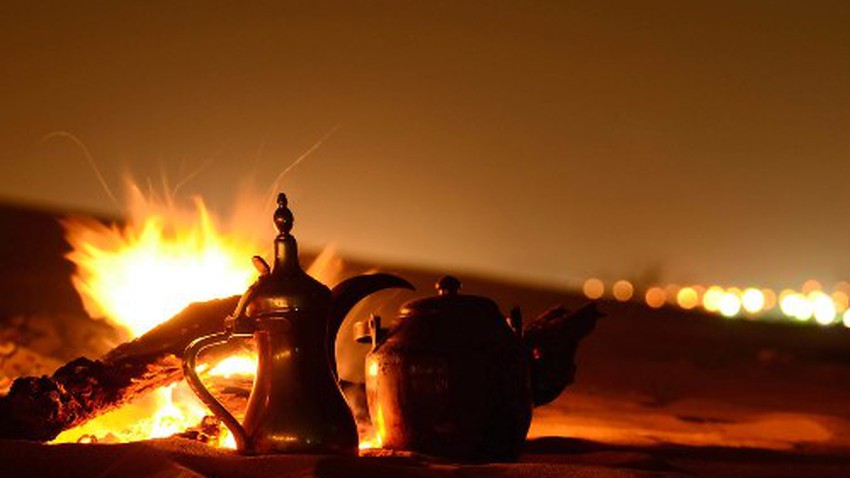 Weather of Arabia - The beginning of the “square” in the Arabian Peninsula is associated with the time of the entry of the cold and the change of weather, so the region witnesses heavy rainfall, cold waves and cold north winds. In the following lines, we will learn when the square began in the Arabian Peninsula and the most prominent weather features in it.

The beginning of the square comes after the marking season, and the time of its entry varies from one account to another. For some, it is at the beginning of December, and for others it is December 7 (which is the most correct for the majority), and some of them prepare it on December 10, but it is in the first ten of December according to most of the people of the desert in the Arabian Peninsula and Baditi Sham and Iraq.

Winter is divided across the Arabian Peninsula into three seasons:

Why is it called square?

The researcher in weather and climate sciences and a member of the Committee for the Nomenclature of Distinguished Climatic Conditions in Saudi Arabia, Abdulaziz Al-Hussaini, stated that the square has three stars, which are: the corona 13 days, the heart 13 days, and the chola 13 days, and their total sum is 39 days , and the winter square was named by this name for the number of days in this period of The astronomical aspect, which approaches the fortieth , and it begins from the date of the winter solstice until the end of January.

It was also said that it was so called because it is the time of the winter rains and the spring of the earth and the beginning of the emergence of grass and pastures, so it becomes “Merbaa” meaning that it grows a plant of rain and four.

The most prominent features of the "Al-Murabbaniyah"

With the rise of the star of the "scorpion wreath" from the eastern side at dawn, the time of the entry of cold in the Arabian Peninsula comes, and the entry of the real winter period in the Arabian Peninsula is associated with heavy rainfall, which results in the flow of torrents and valleys, and cold waves, with which frost forms in the early morning or blows with it. The biting north winds, alternating between one period and another, as the interval between one wave and the other does not exceed 3 weeks.. according to the Emirates Astronomy Society.

Al-Hussaini said: "These days witness the earliest time to enter the noon prayer during the year, and the sun heads towards the south on its way to the Tropic of Capricorn, which means an increase in the share of night at the expense of the day, and temperatures decrease due to the short stay of the sun during the day."