Stability is the most prominent feature.. Learn about the expected weather phenomena in the Arab Gulf states during the weekend 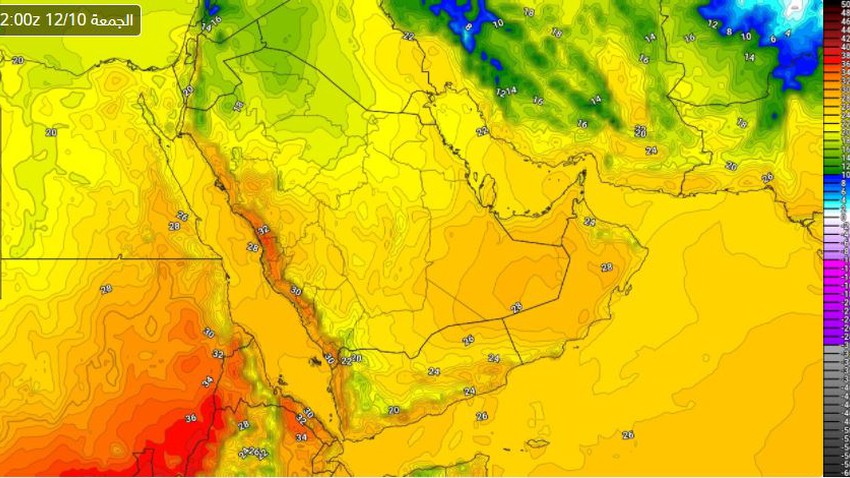 Weather of Arabia - The air systems in the Arabian Peninsula during the weekend are represented by the continuous control of the subtropical air altitude over the southern parts of it, paving the way for the incursion of less hot air into the northern parts of the Arabian Peninsula, while stability reigns over the region without any major weather activity expected by will. Allah.

In the details, it is expected that the northern parts of the Kingdom will be affected on Thursday by a relatively cold air mass coming from the eastern basin of the Mediterranean and the Levant region, accompanied by a sharp and significant decrease in temperatures in "Al-Jawf - Tabuk - Northern Borders - Hail - Qassim - Hafr Al-Batin". To go deeper on Friday to directly affect Sharqia and Riyadh. 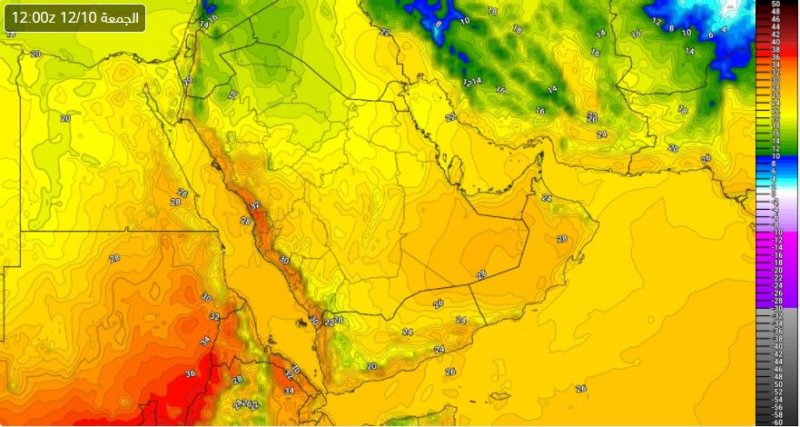 Increased humidity in the atmosphere

A slight drop in temperatures in Kuwait

It is expected that temperatures will tend to decrease slightly on Friday and Saturday in Kuwait, with temperatures remaining above their normal rates, and temperatures in the twenty-first century in all regions, with the appearance of some clouds at high altitudes in the sky of the country, and winds southeasterly moderate speed Thursday, turning To the northeast, Friday and Saturday, moderate to active speed, with an increase in humidity in the air.

for better reading,   Download the Arab Weather application, which provides accurate weather forecasts for thousands of regions in the Arab world.

Drop in temperatures in Qatar and Bahrain

It is expected that humid northwest winds will blow over Qatar and Bahrain on Friday, with temperatures tending to decrease slightly, and the activity of northwesterly winds will increase on Saturday with gusts exceeding the 40 km/h barrier. All regions, God willing. 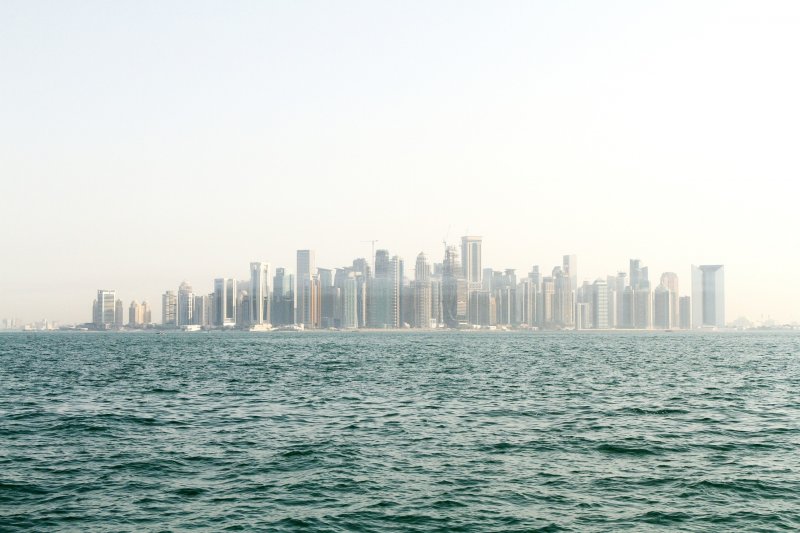 There is no drastic change in the atmosphere

Stable weather in all regions of Oman and the Emirates

Regarding the details, the subtropical air altitude continues to dominate the region’s atmosphere, extending from the low to the upper layers of the atmosphere, ensuring the rule of a stable atmosphere in all regions, with high surface humidity levels during the night and morning hours, with the possibility of light fog forming over some western coastal areas of the Emirates. and the coasts overlooking the Arabian Sea in the Sultanate of Oman.

Weather and temperatures in the Gulf capitals on Friday 10/12/2021:

Arab Weather issues a number of alerts.. Dusty and dry weather in Kuwait and low horizontal visibility in some areas in the coming days