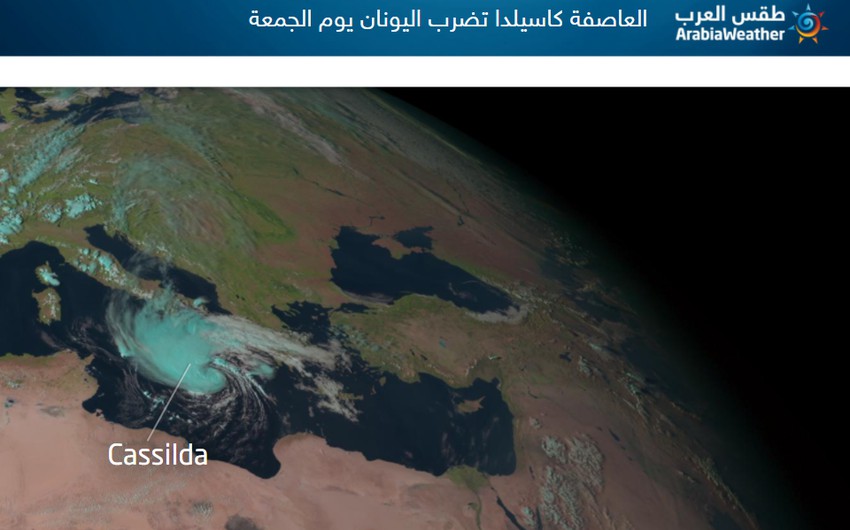 Weather of Arabia - Omar Dajani - The central regions of the Mediterranean are witnessing major weather developments for this time of the year, as satellite images indicate the development of a strong Mediterranean storm, called "Casilda, to the southeast of Sicily."

This air system had affected Libya and Tunisia during the past few days, causing torrential rains and floods, as rain quantities reached about 150 mm in some areas of Libya.

The storm has developed during the past 24 hours, and is making its way through the Mediterranean waters heading towards Greece, where according to most numerical models it is expected that it will hit the "western Greece" and "Peloponnese" regions in the south of the country on Friday, with huge waves approaching 6-8 meters in height, and quantities Very large rainfall exceeding 150-200 mm in some areas.

The center of the storm - which may be classified as a Mediterranean hurricane or Medikin - is accompanied by high winds, with an average velocity of 100 km / hr, with gusts of more than 170 km per hour.