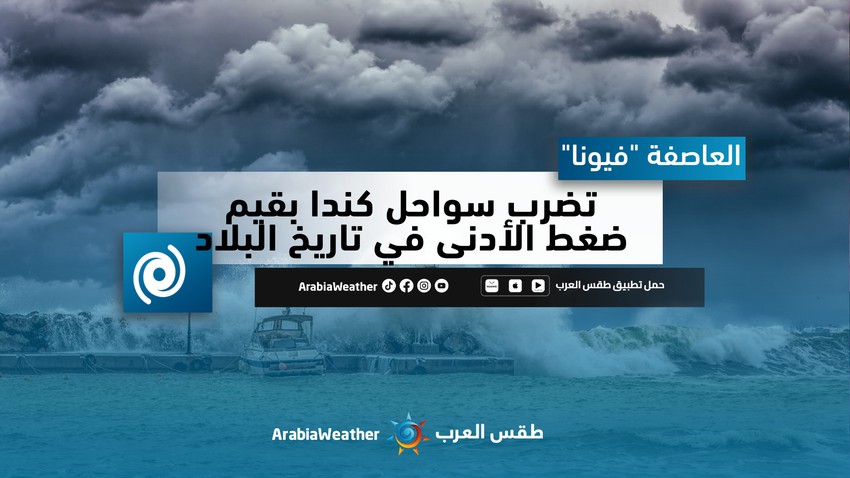 Weather of Arabia - Meanwhile, residents of the Canadian province of Nova Scotia are facing the effects of Storm Fiona after approaching the coasts, as it hits fiercely, accompanied by strong winds and heavy rain.

Fiona is expected to bring dangerous winds, heavy rain and high waves to Canada's Atlantic coast, and the effects are likely to include prolonged public service disruptions, damage to trees and buildings due to wind, coastal flooding that may inundate roads, and parts of Nova Scotia could receive more of 150 mm of rain by Sunday.

What made Storm Fiona so special?

Cyclones moving north from the subtropics usually veer eastward, away from the coast, when they reach the mid-latitudes, which lie between 30 and 60N.

This is due to the Coriolis effect. The National Oceanic and Atmospheric Administration describes the Coriolis effect as the way in which Earth's counterclockwise rotation causes atmospheric conditions that travel over a great distance, like storms, to appear, as if they were deflecting to the right in the Northern Hemisphere and to the left in the Southern Hemisphere.

As NOAA explains, proximity to the equator determines the forward speed of the storm's movement, as the Earth rotates more slowly near the poles, and more quickly near the equator, and for this reason, weather systems move north from the equator's path towards the east because they move from the equator faster Movement to the northern hemisphere is slower moving.

However, in Fiona's case, the deep trough on the upper level deflects the storm to the left, or west, despite the Coriolis effect. 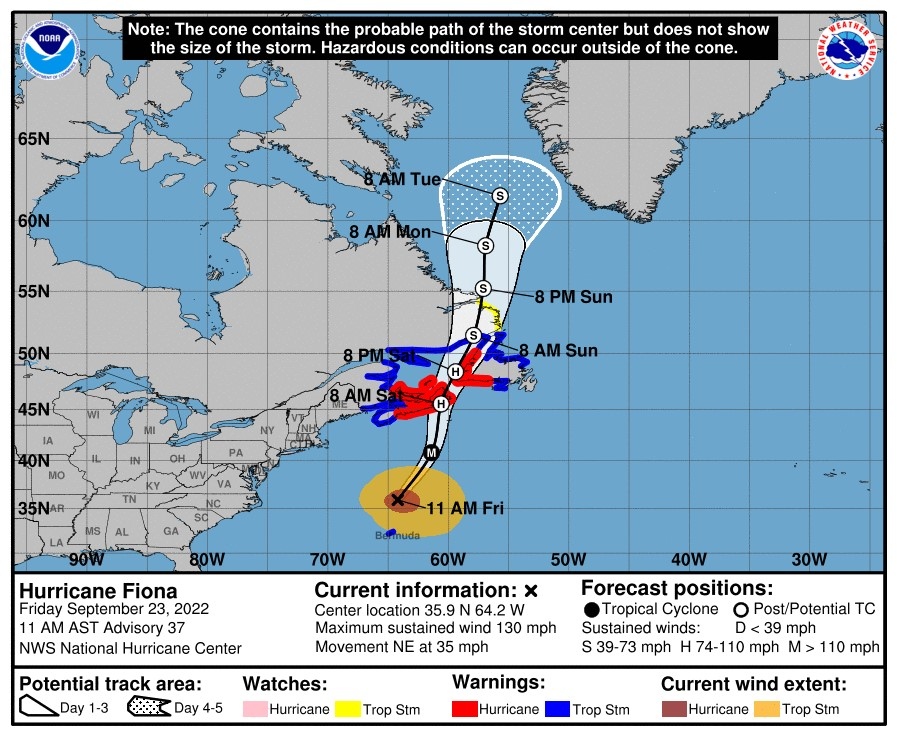 Although the deflection does not appear severe, it is significant compared to the eastern deflection that a hurricane usually takes. This brought Fiona's center directly over eastern Nova Scotia late Saturday morning, at which point it has been classified as a strong subtropical storm.

Hurricane Sandy, which is being compared to this storm, followed a similar path in October 2012 as it drifted into New Jersey and New York. In New York City, that storm killed 44 residents, caused an estimated $19 billion in losses, and lost economic activity.