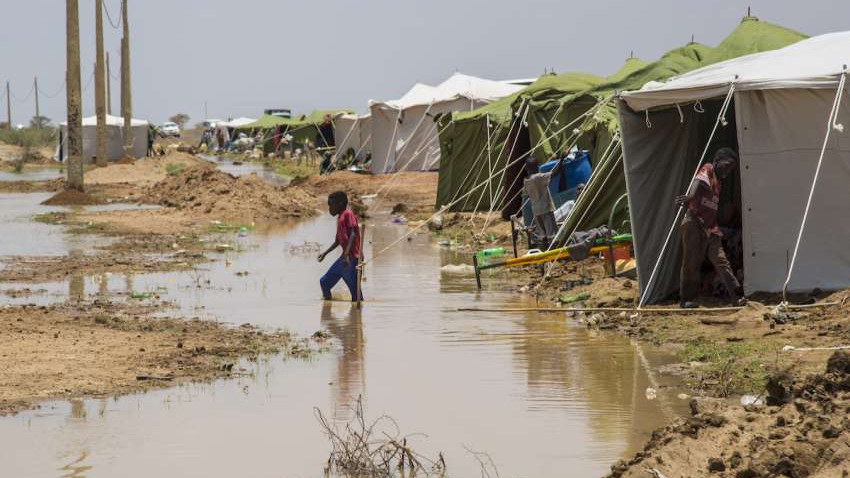 Arab Weather - The Sudanese Ministry of Interior announced, in a statement, that the torrents had killed 20 people and injured 12 others.

It also mentioned that the torrents that formed as a result of the torrential monsoon rains led to the complete and partial collapse of 3 thousand homes, in addition to the death of many livestock.

Sudden collapse of the Butte Dam on the Blue Nile in Sudan, destroying more than 800 homes

Floods swept through 14 states out of a total of 18, according to the United Nations Office for the Coordination of Humanitarian Affairs, noting that 50,000 people were affected by them.

And caused the floods in Blue Nile State (South Sudan), the collapse of a dam, which resulted in the destruction of 1,200 homes. In addition to Khartoum and Blue Nile, the torrents included eastern Sudan.

Residents of eastern Khartoum, whose homes were destroyed by the torrents, built tents on the sidewalks.