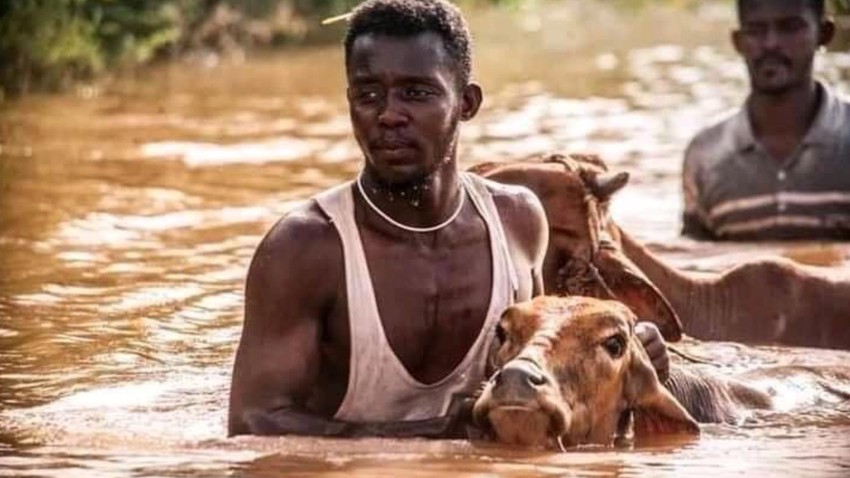 Arab Weather - more than 100 deaths, this is the final, not final outcome of the recent Sudan floods, which caused the displacement of more than half a million people!

Most states, including the capital, Khartoum, live in catastrophic conditions, especially after floods destroyed more than 100,000 homes, leaving nearly half a million people homeless, living in difficult humanitarian conditions.

From my heart, peace to Khartoum
The height of pain is to see what was built over the years and to be demolished in front of your eyes in moments, this is the case of many residents of # Khartoum now in conjunction with the widespread wave of floods that the city is witnessing pic.twitter.com/CMdegWR9sX

In view of the tragic situation in which the country is living, the Security and Defense Council - which is the highest security body in the country - decided to consider Sudan a natural disaster area, and declared a state of emergency throughout the country for a period of 3 months.

In its announcement issued on Sunday morning, the Sudanese Security and Defense Council said that after "confirming all readings that the rates of floods and rain this year exceeded the records ... a state of emergency was declared all over the country for a period of 3 months."

The statement added that it was decided to consider Sudan a "natural disaster zone", and a "supreme committee was formed to prevent and address the effects of torrents and floods this fall."

From my heart, peace to Khartoum
Devastating floods, more than 100 dead, 100,000 homes destroyed, half a million people affected by the floods https://t.co/AmYj9qI4sD pic.twitter.com/wdYSW1ROVJ

For her part, Minister of Labor and Social Development Lina Al-Sheikh said that more than half a million Sudanese were affected by the floods that included most of the states, noting that they caused the total or partial collapse of more than 100 thousand homes.

The Minister of Labor stated that the rates of floods and rains recorded this year exceeded the records recorded in 1946 and 1988, with expectations of continuing rise indicators.

A great rise in the level of the Nile River

The Ministry of Water and Irrigation had announced that the level of the Blue Nile rose to 17.58 meters (57 feet), describing it as "a historical level since the start of monitoring the river in the year 1902 ″, and the previous summit was 17.26 meters."

The autumn rainy season in Sudan starts from June and continues until October, and usually strong rains fall during this period, and the country faces floods annually in varying degrees.