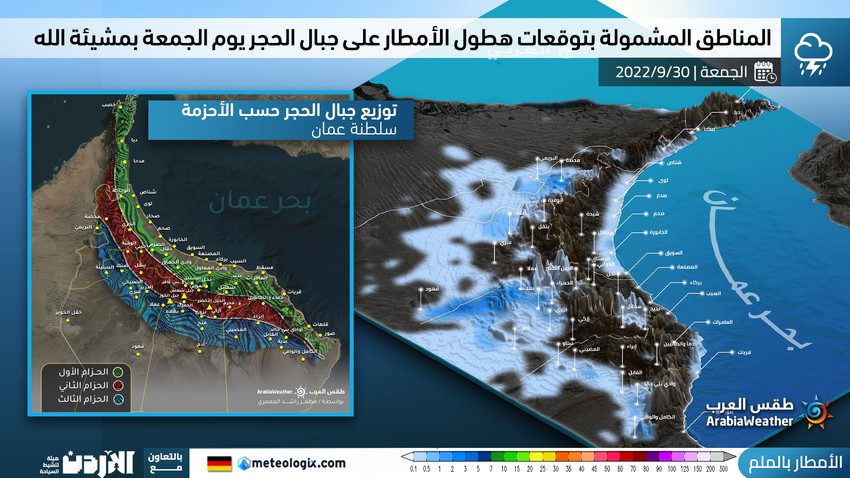 Weather of Arabia - Gradually during the month of October, the upper westerns begin to penetrate into the skies of Oman and the Emirates, to bring the curtain down on the Al-Rawaih season for this year 2022 and the atmosphere will stabilize, while locally the season of Al-Ruwaih begins with the middle of October, God willing.

In addition, the atmosphere of the Al Hajar Mountains remains unstable on Friday, so that chances of cumulus and medium clouds forming on parts of the eastern and western Al Hajar Mountains are accompanied by rainfall of varying intensity, accompanied by the occurrence of thunderstorms sometimes and activity in the downward winds, while the area of formations retreats. On Saturday, it will remain in some geographical areas, God willing.