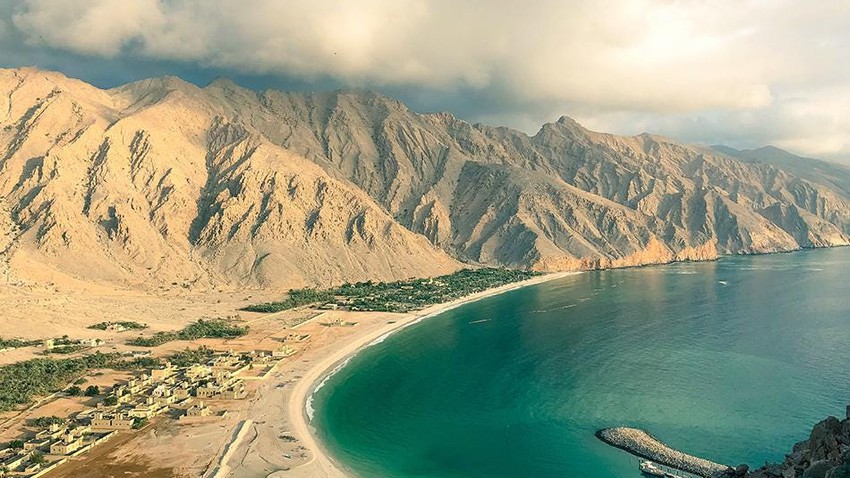 Arab weather - the semi-tropical air altitude remains centered over the atmosphere of the Arabian Peninsula, including the Sultanate, during the coming days, so that the weather will be stable in most areas, with expectations of humid northeastern winds with temperatures lower than usual for the northern regions, which operate in turn Low temperatures in many areas, God willing.

In the details, it is expected that low-altitude kos clouds will flow in the morning to several parts of the coasts of the Sultanate, God willing. The weather is clear and hot during the day in most areas and humid in the coastal areas, with the spread of medium clouds over parts of the Al Hajar Mountains, which may be accompanied by scattered showers of rain.

As for during the night hours, the weather is relatively warm, tending to moderation in most regions of the Sultanate, with the hours of late night and early morning, and even tending to cold at dawn and early morning hours in the mountainous heights, God willing.

Sultanate of Oman: Sporadic rain expected in parts of the Hajar Mountains and some coastal areas on Sunday