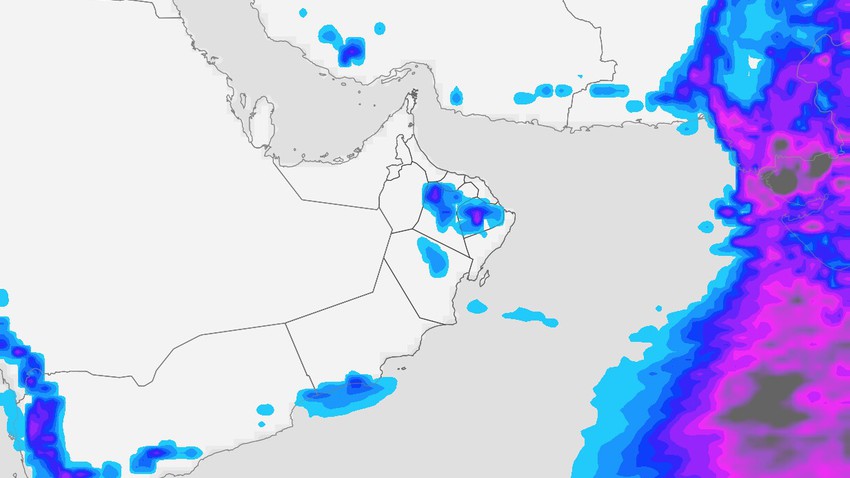 Arab Weather - The latest developed weather maps from Arab weather internally indicate an expectation of a significant decrease in temperature in many states located in the northern region of the Sultanate of Oman, as a result of the rush of northern air currents with a marine source that worked to reduce the scorching weather and Khemisinah temperatures in Oman. since days.

Drop in temperatures from Friday

It is expected that the northern states of the Sultanate of Oman will witness a significant drop in temperatures during the weekend, as temperatures return to the early forties in most of the northern states and governorates, provided that the temperatures remain unchanged in the rest of the regions, and the winds are variable in direction and moderate speed, active Sometimes, it raises dust and dust in the desert areas, and some clouds appear at high and medium altitudes, with light showers of rain in limited parts of the Hajar Mountains. 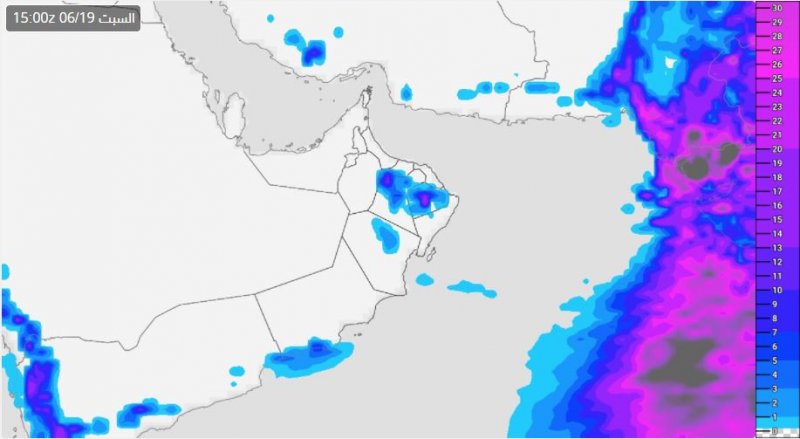 During the night hours, the weather is generally warm in all regions, and surface humidity levels are high, and fog will form on parts of Oman's coasts, especially the coast of Dhofar Governorate.

When talking about the coming days, it is expected that the rush of the northern and eastern air currents, humid and with normal temperatures, will continue to remain in the early forties in most northern states and a normal and hot summer atmosphere, of course, while the weather is more moderate in the northern regions, and chances of showers improve. Scattered rain on parts of the Hajar mountain range, God willing.