Sultanate of Oman: A slight rise in temperatures and the possibility of dust rising in Dhofar Governorate during the next few days 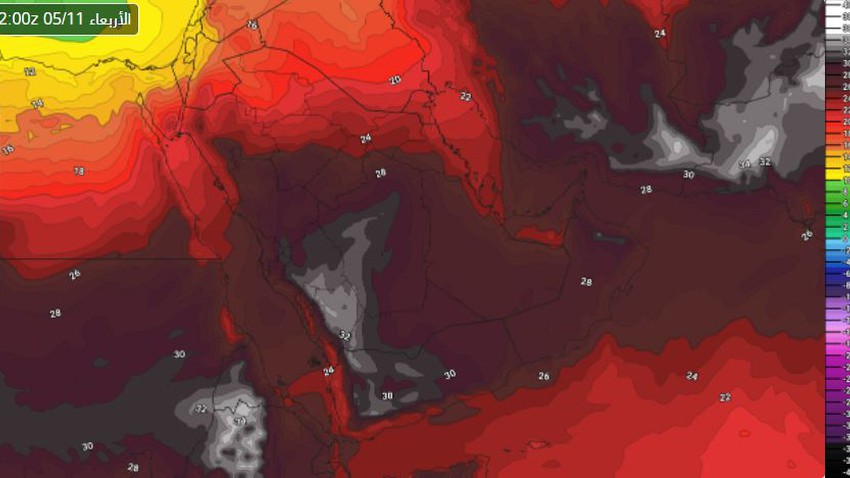 Weather of Arabia - Weather maps indicate that there will be an increase in temperatures in most of the northern regions of the Sultanate for the next few days, coinciding with the blowing of fast, active northeast winds that raise dust in parts of the Dhofar Governorate, God willing.

The numerical maps, through the Badr system developed by Arab Weather , show expectations of a slight rise in temperatures, while they remain close to their rates for this time of the year, and temperatures are at the end of the thirties Celsius in coastal areas, while they are at the beginning of forty Celsius in The interior, God willing. The weather is hot and dry in the northern regions, while it is humid in the morning hours in the governorates of South Al Sharqiah and Al Wusta, with expectations of fog formation in some areas, especially the coastal parts of them.

It is expected that active northwesterly winds will blow with strong gusts at times towards the Arabian Gulf, passing through the south of the Emirates and reaching the south of the Sultanate of Oman.

Sultanate of Oman: An air groove affecting the Sultanate early next week, accompanied by a decrease in temperature and rain in some areas