Sultanate of Oman | An air gully is approaching the Sultanate, and expected effects during the weekend 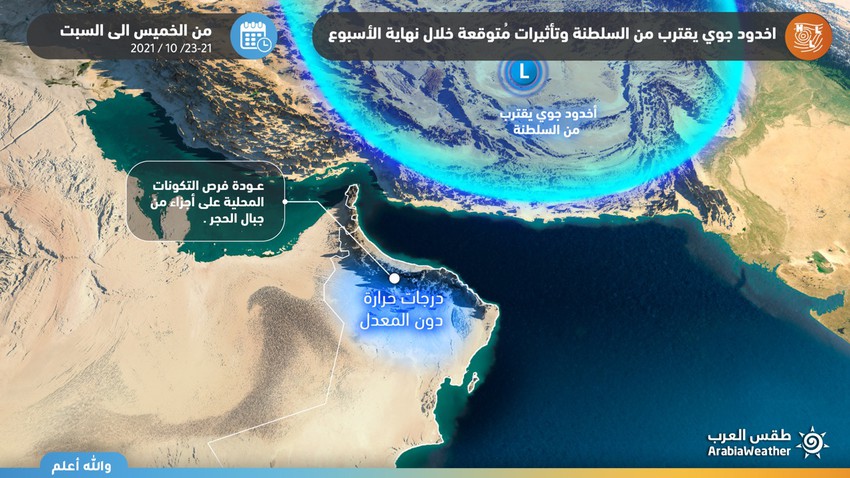 Weather of Arabia - The weather systems have begun to take on a winter character in the northern hemisphere, so that it is expected that an air depression will approach the Sultanate by the end of this week, which will reduce temperatures and return air fluctuations to limited parts of the Hajar Mountains, and these details:

In the details, an atmospheric depression approaches the northern part of the Sultanate of Oman, so that the Sultanate is under the influence of air currents with temperatures below their averages for this time of the year. To get a little chilly during the late night hours. 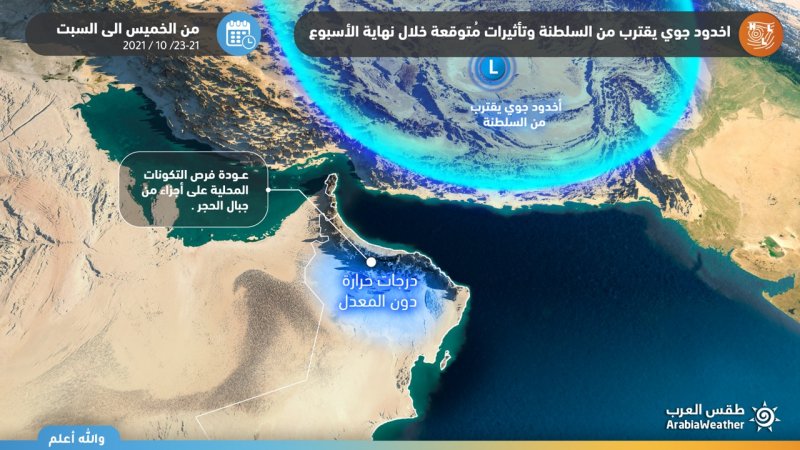 Humidity is flowing in the high and medium layers of the atmosphere over the Sultanate's airspace as of Friday, to become an opportunity for the development of some convective clouds on limited parts of the Al Hajar Mountains, accompanied by rains of varying intensity, which may be heavy in some geographical areas and activity in the speed of downward winds.

The Arab Weather Center is monitoring indicators of an increase in the flow of tropical moisture into the Sultanate's airspace next week, to increase the chances of rain in parts of the northern Sultanate of Oman to include many areas, so Arab Weather invites you to follow up on periodic reports issued in advance.