Sultanate of Oman: Areas covered by rain forecast for the Sultanate on Thursday 28-7-2022 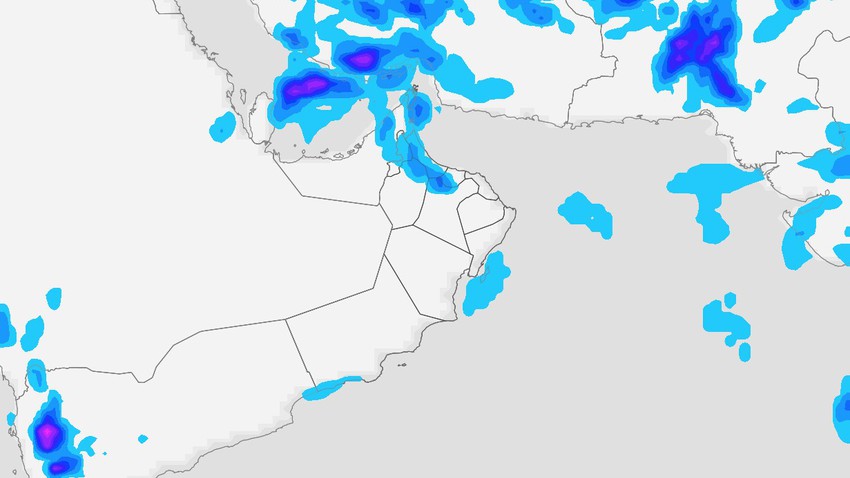 Arab Weather - The internally developed weather maps in the Arab Weather Center indicate expectations that the air depression will be removed from the Sultanate's atmosphere on Thursday 28-7-2022, so that the chances of thunderstorms will decrease in most areas.

Temperatures continue to be lower than normal

Activity for local formations on the western stone Thursday

In the details, the weather is expected to stabilize in most regions of the Sultanate on Thursday, with chances of local formations continuing on Al Hajar Al Gharbi on Thursday, especially in the mountainous heights located in the Governorates of South and North Al Batinah, accompanied by rainfall of varying intensity accompanied by thunder and activity in downward winds at times. This coincides with the chances of the flow of some rainy clouds to parts of Musandam and the coasts of the North and South Al Batinah governorates, especially in the morning hours.

It is expected that temperatures will rise on Thursday in most regions, while remaining several degrees below their averages for this time of the year, God willing.