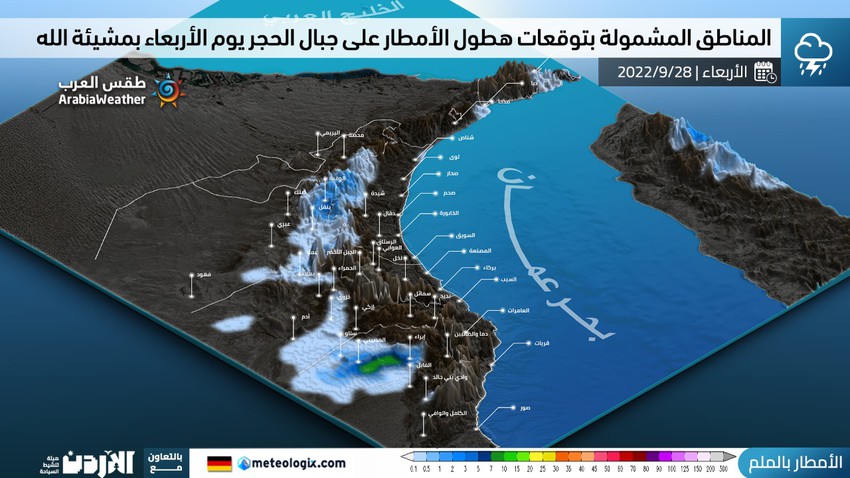 Arab Weather - After a clear weakness in the activity of local formations on the Al-Hajar Mountains in the past few days, the weather maps in the "Arab Weather" center indicate expectations that several parts of the Al-Hajar Mountains will be affected, as of Wednesday, by unstable weather conditions associated with the proliferation of cumulus and thunderstorms in the afternoon. And rainfall of varying intensity leads to the flow of valleys and reefs in some areas.

In the details, the weather will be clear, hot and humid on the coastal areas during daylight hours, while it is very hot and partly cloudy in the interior areas, and gradually increasing with the passage of daylight hours from Wednesday, quantities of convective and medium clouds on the Hajar Mountains, and the opportunity is created for thunder showers of rain with will. God is in random and scattered areas of the Hajar Mountains, especially the third belt of it, and some of these showers are heavy in some neighborhoods and narrow geographical areas and are accompanied by hail, which causes the flow of valleys and reefs in some areas, and these thunder showers are accompanied by strong winds sometimes. 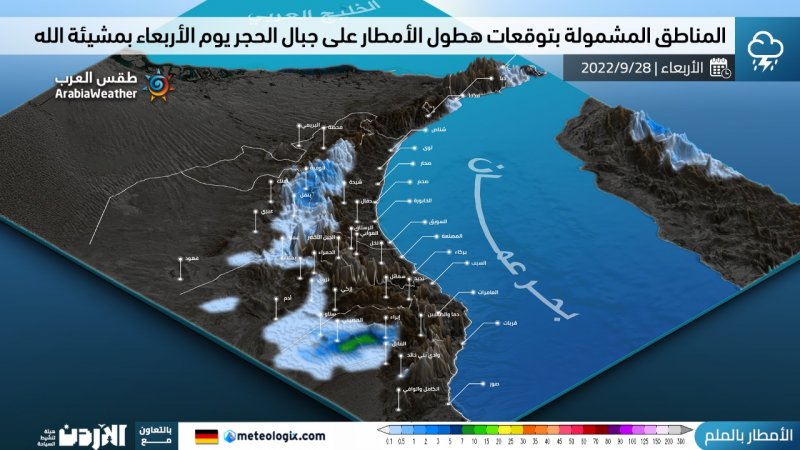 As for at night, the weather is hot and humid in most areas of the Sultanate, especially the coastal ones, while it is moderate in the mountainous peaks, and low clouds flow to several parts of the governorates of Dhofar, Al Wusta, South Al Sharqiyah and parts of the coasts of the Sea of Oman.

According to the outputs of numerical modeling at the Arab Weather Center, it is expected that local formations on the Hajar Mountains will intensify further by the end of this week, and lead to thunderstorms of varying intensity on the Hajar Mountains and neighboring areas, and higher chances of wadis and reefs flowing in many areas, God willing.