Sultanate of Oman: Continuous formation of cumulus clouds on the Hajar Mountains and activity of autumn clouds over Dhofar this weekend 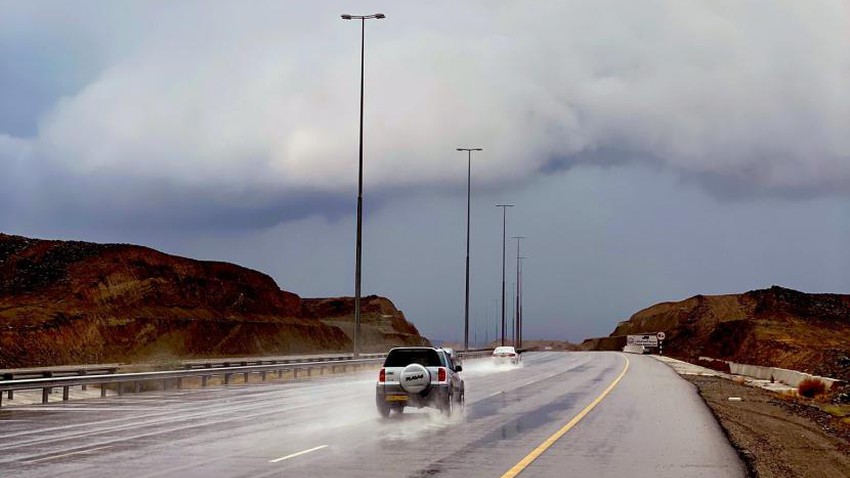 Arab Weather - The maps processed in the "Arab Weather" center indicate expectations for the continuation of cumulus clouds activity over parts of the Hajar Mountains during the weekend, coinciding with the activity of autumn clouds on the coasts of Dhofar Governorate, accompanied by occasional drizzle.

In the details, the chances of Al-Rawaih rain remain on the Al Hajar Mountains on Friday and Saturday 19 and 20 August 2022, so that cumulus clouds will form during the afternoon and evening on parts of the Al Hajar Mountains, especially the eastern and central Al Hajar Mountains, specifically those mountainous heights located in the governorates of North Al Sharqiyah, South Muscat, Al Dakhiliyah, Al Dhahirah and some heights From the south of Al Batinah and Al Buraimi, these clouds are accompanied by rainfall of varying intensity, accompanied by the occurrence of thunderstorms and activity in downward winds.

According to the aerial maps issued by the outputs of the so-called computer simulation, a cloud cover is expected to flow over most of the governorates of the Sultanate, interspersed with rainy clouds over parts of the Al Wusta and Dhofar governorates.

The same maps indicate forecasts of southwestern to western winds in the desert regions of Al Dhahirah, Al Dakhiliyah, Al Wusta, and Dhofar, and are accompanied by strong flashes that sometimes exceed the 70 km/h barrier that leads to the rise of dust and dust and a decrease in the level of horizontal visibility in some desert places and roads.