Sultanate of Oman | During the impact of the eastern wave, a significant drop in temperatures is expected to unprecedented levels for the month of July in many regions 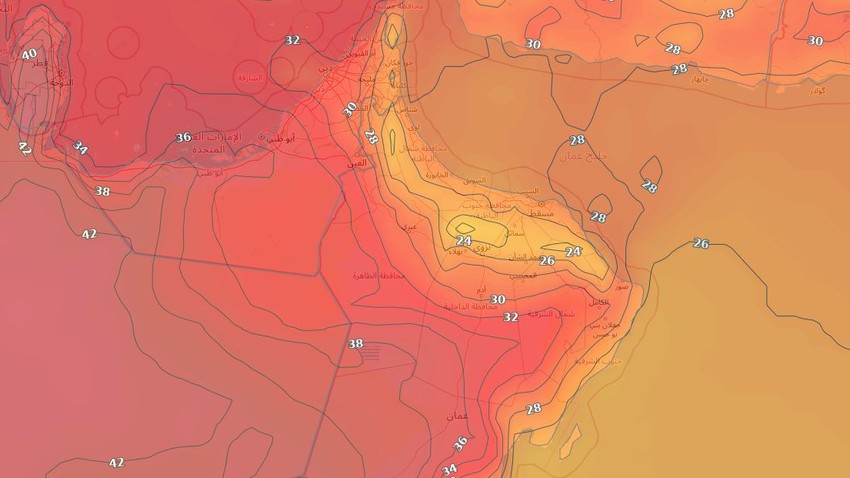 Arab Weather - During the impact of the eastern wave on the atmosphere of the Sultanate on Tuesday and Wednesday, temperatures are expected to drop to unusual levels for this time of year in many regions of the Sultanate.

During the influence of the eastern wave

In the details, the weather maps indicate expectations of a sharp drop in temperatures on Tuesday and Wednesday in large parts of the Sultanate, especially the northern regions, so that they become less than their rates for this time of the year by 10-15 degrees Celsius, and temperatures will be in the late s. percentage in most regions, including the capital, Muscat.

It is expected that temperatures will tend to rise at the end of this week, while remaining below their rates for this time of the year by several degrees, God willing.