Sultanate of Oman: Good and ascending activity is expected for convective rain clouds over the Al Hajar Mountains and neighboring areas during the coming days. 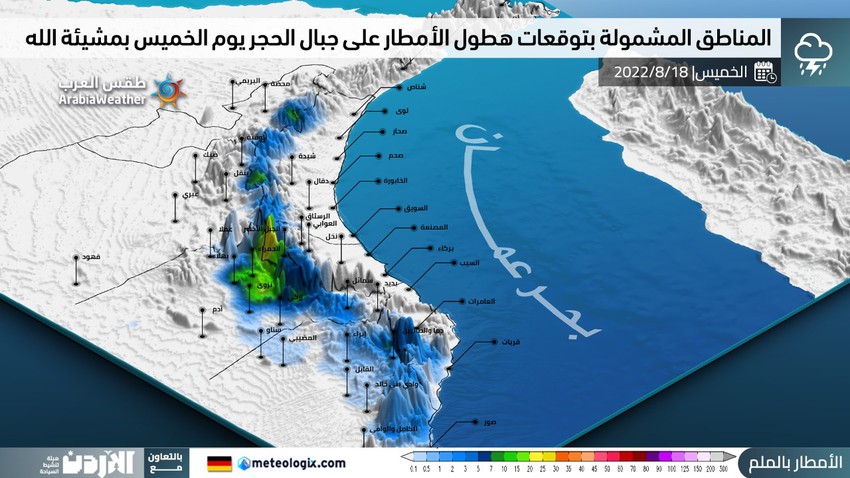 Arab Weather - The outputs of the analyzes within the "Arab Weather" Regional Center for Meteorology and Forecasting indicate expectations of a gradual expansion in the activity of local formations on the Hajar Mountains during the coming days, God willing.

According to the computer modeling outputs, local formation activity is expected on Thursday, 8-18-2022 along the Hajar Mountains, with its concentration on the middle stone. Biology. This coincided with the flow of clouds at a high and medium altitude over large parts of the Sultanate’s governorates, interspersed with convective clouds in parts of the Al Wusta and Dhofar governorates, causing showers of rain. 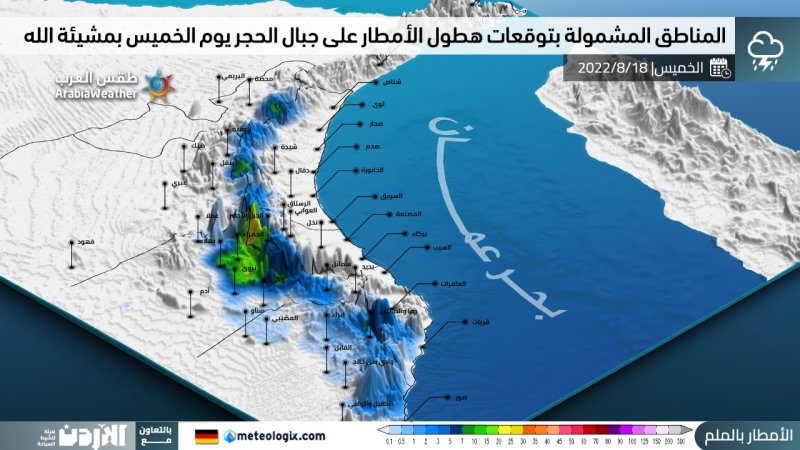 It is expected that the activity of local formations will expand further on the Al Hajar Mountains during this weekend, as the weather fluctuates between partly cloudy and cloudy, and cumulus clouds will form along the Al Hajar Mountains with the chances of rain extending to some desert areas during the evening and night. Thunderstorms sometimes, and lead to the flow of valleys and reefs in some neighborhoods.