Sultanate of Oman | Gradual rise in temperatures over the coming days 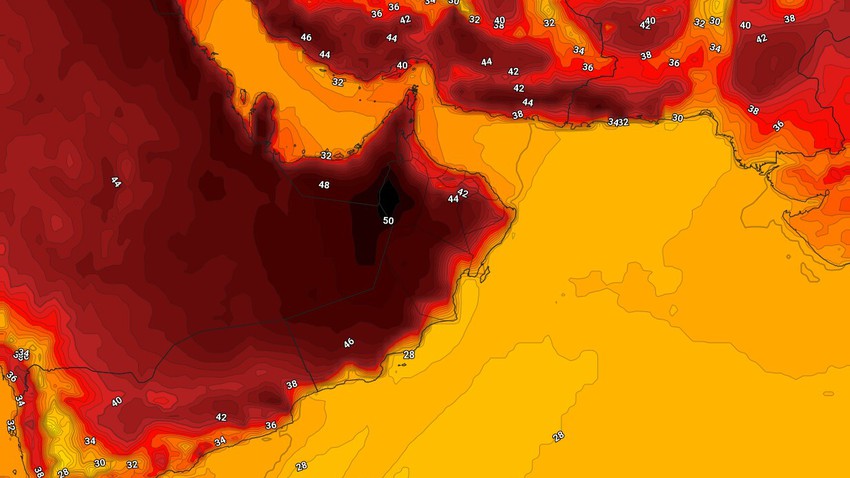 Arab Weather - Weather maps indicate predictions of northwesterly winds rushing over the Sultanate's atmosphere during the coming days, so that temperatures will rise in all regions, and become higher than their usual rates for this time of the year, God willing.

Regarding the details, it is expected that the impact of the subtropical air rise on the Arabian Peninsula, including the Sultanate, will deepen in the coming days, as temperatures continue to rise in all parts, and reach their peak during this weekend.

It is expected that the temperatures will be in the early forties of Celsius in the coastal areas of the Sea of Oman, and in the mid-forties in the interior regions, while approaching 50 degrees Celsius in the desert areas amid very hot weather in all regions.

Oman: A new record.. Al-Awabi has recorded huge amounts of rain during the past two days, amounting to nearly 300 mm!