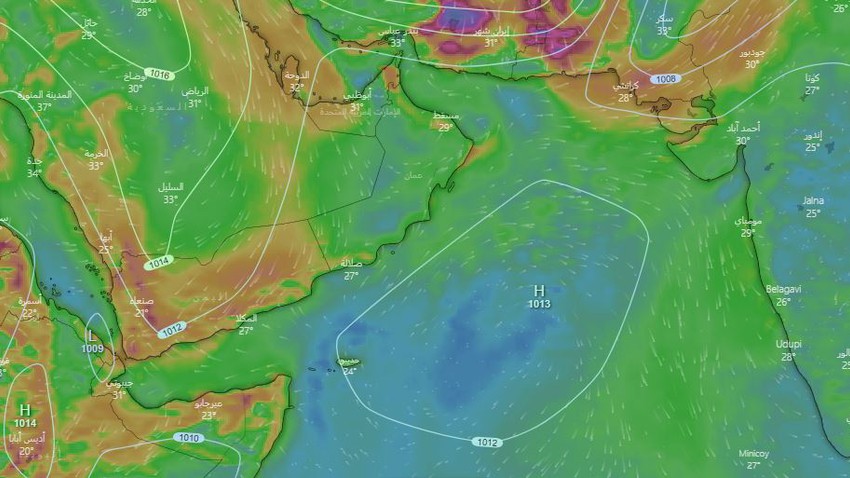 Arab Weather - The numerical models operating internally in the Arab weather still indicate the possibility of renewed rain opportunities during the weekend in several regions of the Sultanate, as a result of the rush of less hot air currents in the different layers of the atmosphere coinciding with the flow of moisture from the Arabian Sea towards the region, and these details :

An expected drop in temperatures

Chances of rain will gradually renew from the weekend

In the details, it is expected that an air rise will be concentrated over the waters of the Arabian Sea this weekend, coinciding with the concentration of the thermal depression in the west of the Sultanate, which leads to the rush of quantities of tropical moisture towards the Arabian Peninsula, at the same time rushing an autumn air mass with temperatures below normal rates. towards the atmosphere of the Sultanate. 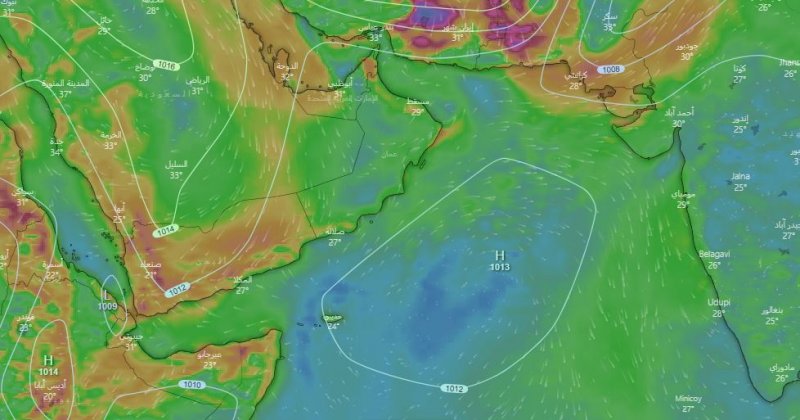 In light of the distribution of weather systems in this way, it is expected that temperatures will decrease in all regions, with a maximum in the twenties Celsius in several parts of the country, and cold whiffs appear during the night hours, especially in the northern region, and this atmosphere is accompanied by renewed opportunities for local formations on Al Hajar Mountains, in addition to the flow of some rain clouds to some coastal areas.

Arab Weather indicates that it is not possible to finalize the details of the expected weather situation during the weekend, due to the relatively long period and the wide margin of error from now on, and Arab Weather will issue reports and forecasts according to the latest developments.

Update 2:50 PM | The beginning of rain in parts of Musandam and North Al Batinah, and the expansion of rain in the coming hours

Weather of Arabia: Snow rain is expected on Jabal Shams during the period of the impact of the Renaissance grooves