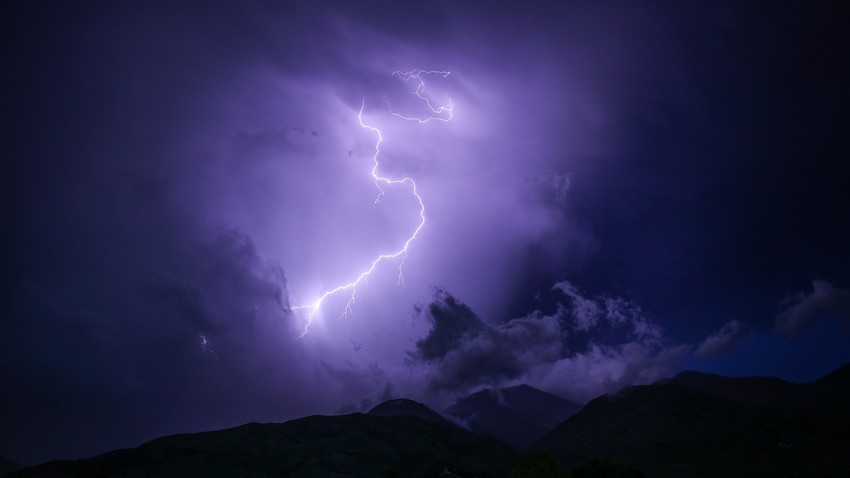 Arab Weather - The weather forecast staff in Arab weather monitors the depth of the impact of the atmospheric groove and its direct effects on the Sultanate on Tuesday, as some computer models indicate the possibility of some rain precipitation extending to some regions of the Sultanate.

The results of the analyzes within the "Arab Weather" Regional Center for Meteorology and Weather Forecasting indicate that the chances of rain in the governorates of the Sultanate during Tuesday are weak, except for the Musandam Governorate, where the percentage of rainfall varies between 86% and 90%, and the rainfall varies in intensity and is sometimes heavy with an opportunity for the flow of valleys and reefs in the same province.

It should be noted that these percentages (the probability of precipitation) are available for each region separately through the application of Arab Weather. 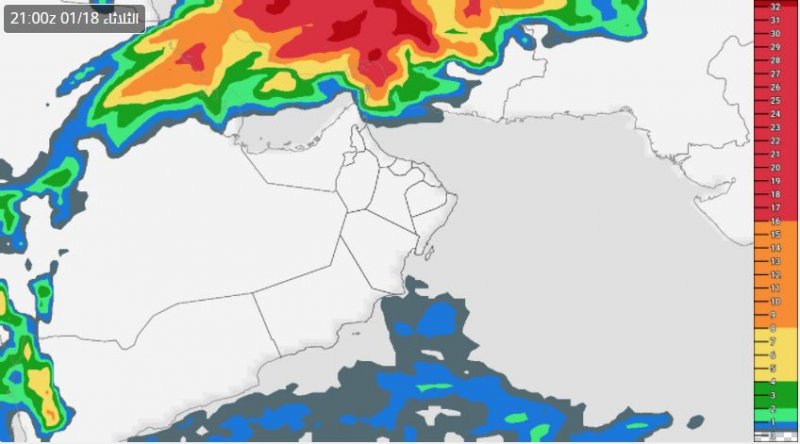 The reason for not expecting precipitation on a large scale from the northern governorates of the Sultanate is the lack of deepening of the air groove, and the reason for this, God willing, is the result of the location of the jet stream, which prevents the depth of the air groove over the Sultanate and its direct effects are limited only to the Governorate of Musandam.