Sultanate of Oman | List of areas covered by rain forecast for Wednesday and its intensity..Details 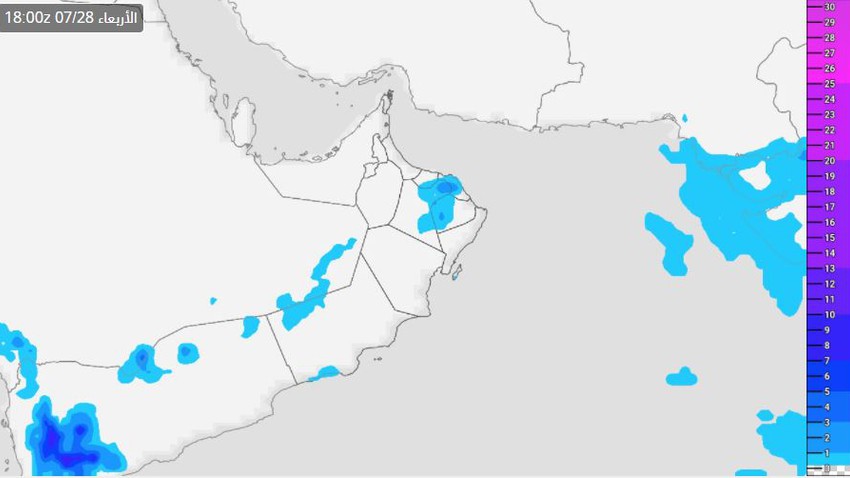 Arab weather - It is expected that the Sultanate, God willing, will remain under the influence of unstable weather conditions during Wednesday, as a result of the flow of more moist air from the Arabian Sea towards the region, to include limited parts of the north of the Sultanate, accompanied by thunderstorms and hail in many areas.

Intensity of rain and areas covered by it Wednesday

In the details, it is expected that air currents saturated with moisture necessary to build cumulus clouds will continue to rush on Wednesday, which will create atmospheric disturbances, as a result of which thunderstorms are formed, and rain will fall on limited parts of the Hajar Mountains, especially the eastern and central stones. Showers of cold and active surface winds are associated with dust and dust in some areas. 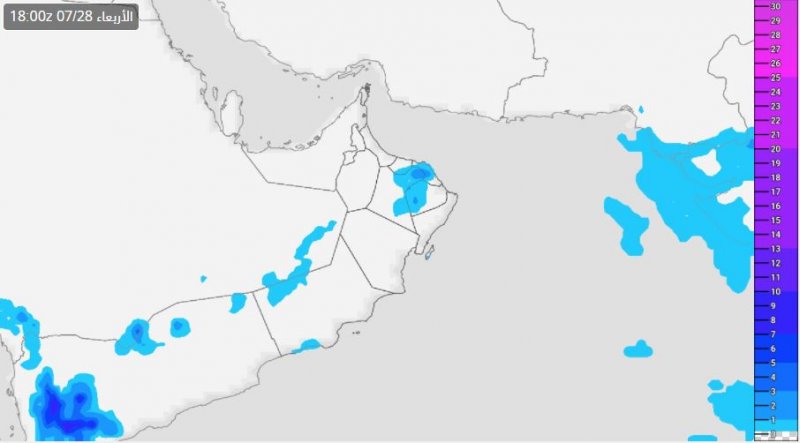 After the evening and night hours, it is expected that these clouds will extend to limited and geographically narrow parts of the neighboring areas from time to time and some desert areas, in conjunction with the continued intensification of clouds on the coasts of Dhofar Governorate and the city of Salalah, and the rains will be generally light in intensity in these areas.

In terms of temperatures, it is not expected that there will be a significant change in the temperatures in the coming days, as they remain around slightly above their rates for this time of the year, and hot weather prevails in the interior regions, while the weather is more moderate in the coastal regions.